Intense Cycles has launched its first e-mountain bike over the weekend - the Tazer.

The boutique US brand can usually be relied upon to come up with something with a bit of a twist when they enter a category - and the Tazer is just that. Indeed, the company says that the development process for the Tazer was not unlike that of the very first Intense bike back in the 90s: founder Jeff Steber took what he'd learned from riding e-bikes and applied his own 'tweaks and innovations'.

His goal was 'to make an E-bike that didn’t feel cumbersome, had a seamless pedal-to-power transition and delivered a true mountain bike experience'.

As you'd expect from a company with a rich downhill heritage, the Tazer skews towards the aggressive enduro end of the spectrum. It employs the well-regarded Shimano STEPS e8000 system, a long low slack geo and Intense's proprietary JS Tuned counter-rotating pivot suspension (optimised for e-bikes, of course). Intense also plumped for the Shimano system due to its 'backpackable spare battery options and widely accessible global service centres.

What is radical, however, is the choice of wheel size. Intense has specced a 30mm 29er wheel with 2.6" tyre on the front, and a 35mm 27.5" wheel with a 2.8" tyre on the rear. The theory is that this should provide nimble handling with rear end grip where it's needed.

Only one model will be produced, in a Pro-level build at a price point of $12,999. It comes equipped with a 160mm Fox Factory E-BIKE 36 Float on the front and a 155mm Fox Factory DPX2 EVOL on the rear. 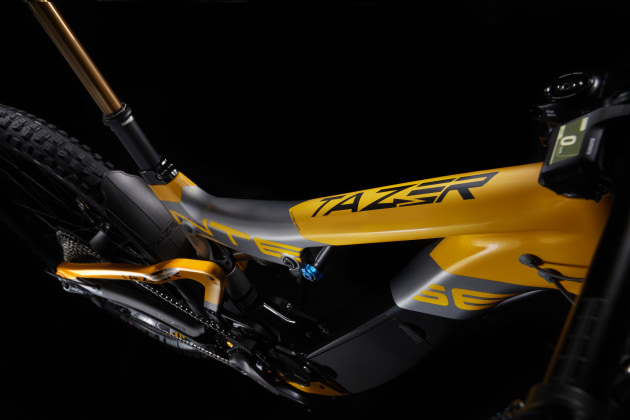 Tazers are available to pre-order from www.intensecycles.com.au now for delivery in November. We're planning to swing a leg over one for a test ride shortly and will post up our first impressions when it happens. 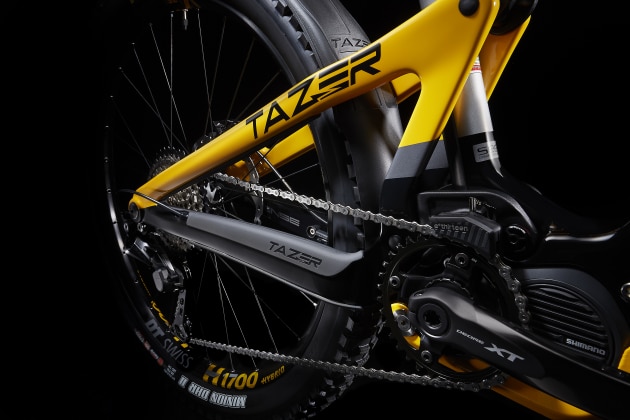