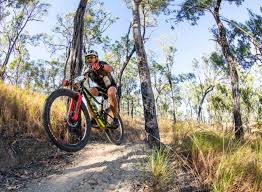 Shimano Australia has joined forces with IRONMAN Oceania in a new three-year multi-event partnership with Epic Series Oceania, the organisers who bring you Port to Port, Reef to Reef, Cape to Cape in Australia and The Pioneer across the Ditch in New Zealand. It's a huge boost for the series to have such a major playing backing it for the next few years, and will no doubt see an already hugely popular set of MTB events go from strength to strength.

IRONMAN Oceania Managing Director Dave Beeche welcomed Shimano Australia to the Epic Series Oceania family and said the partnership had great advantages for the Series and is wonderful news for all riders.

“Shimano is synonymous with exceptional quality, reliability, high performance and fascinating design. Their technologies and a wealth of experience, accumulated throughout the company’s long history, allow them to continue to develop innovative products that go beyond the expectations of riders of all standards across the globe.”

Port to Port, which was covered nationally in 2018 on the SBS, kicks off the series in May in the stunning Newcastle, Lake Macquarie and Hunter region of New South Wales. The event tests riders with four days of challenging climbs, punctuated by stunning views, exciting descents and a combination of fun old school trails and brilliant groomed single track though national parks, bushlands, MTB parks coastal areas. 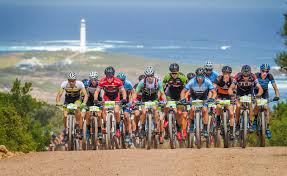 Soon after in August, while much of Australia shivers, riders head for warmer climes and 'go troppo' at Reef to Reef in North Queensland. This race is four days with as much riding variety as you can roll a wheel over. The trails include those used for the 2017 XC and downhil UCI World Championships in Cairns, and head through rugged Aussie bush and lush heritage rainforest to a stunning palm-lined beach finish. This one really has it all. 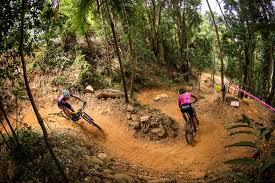 In October, the series moves to the stunning wine and surf mecca of Western Australia’s Margaret River. Cape to Cape pretty legendary, being Australasia’s longest running and biggest MTB multi-stage race. Plenty of super fun flowing single-track, spectacular coastal trails and daily finish lines at a lighthouse, a winery, a distillery and a brewery ensure good times both on and off the bike. 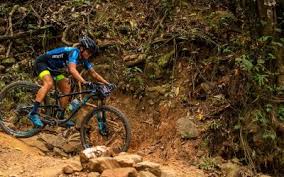 The series then comes to a close with a trip to NZ for The Pioneer in December; an awe inspiring six-day mountain bike stage race through and around the South Island's pristine Southern Alps. Linking together amazing riding over farm tracks, NZ Cycle Trails, double track and single-track riding in a very special part of the world, where soaring mountain peaks, crystal-clear blue lakes and golden high country act as suitable reward for the week's exertions. 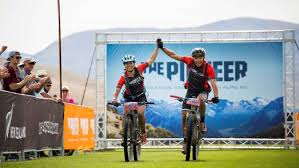 The Epic Series Oceania events act as a qualifier for the iconic Absa Cape Epic in South Africa, recognised as the pinnacle event in the sport of mountain biking, with the likes of Annika Langvad, Kate Courtney, Jaroslav Kulhavy and Howard Grotts  holding winner's trophies aloft in 2018.

Hoping for success in 2019, Australian MTB superstar Brendan Johnston, who qualified for this year's Absa Cape Epic through the Epic Oceania Series last year, said he was delighted to see Shimano partnering with the series, seeing their long-term commitment as a way to help shape how these races continue to develop over time.

“The Epic Oceania Series is where the racing has really taken off and as a rider these events are a great place to test yourself. It is where the growth is in cross country mountain biking is in our region and to have Shimano come on board to help grow what are already wonderful events is good for everyone.” Winner at Port to Port, Reef to Reef and Cape to Cape.”

“I have real faith in the Shimano product and I enjoy doing events that they support. As a company they have a great philosophy about encouraging people to be active and involving more women in our sport which is great. They are passionate about increasing participation and it is starting to deliver real dividends which is a plus for the sport of mountain biking,” Johnston said.

For more information and to register, head to the Epic Series website.