Canadian mountain biker Cory Wallace is quite the unsung and unassuming hero of off-road endurance racing. With a string of World 24 Hour titles to his name plus victories in many of those major endurance single-day and multi day races, it’s a list of accomplishments many of us can only dream of.

However, unlike many pros, he’s not a pure ‘race head’ and enjoys exploring the world by bike almost as much as he does winning races and spends most of his year bike packing and touring between classic races.

Wherever you find yourself in the world there’s always a chance that you’ll bump into Cory, as MBA did on a recent Asian tour. We sat down and chatted about his nomadic and inspirational biking lifestyle. 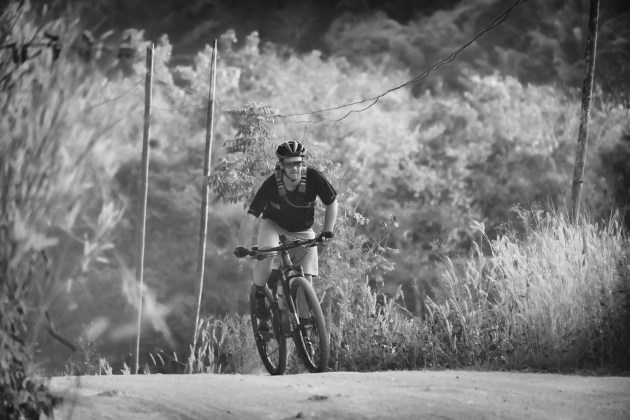 Steve Thomas: How did you get started with mountain biking?

Cory Wallace: I grew up in the (Canadian) Rocky Mountain town of Jasper, and I was a hockey player, that was my dream. I biked in the summer, just to get to the fishing holes, and Jasper is in the middle of one of the best biking areas I’ve ever seen.

Over time I took a liking to biking; it took me to some far off spots and the best fishing holes. When I was 14 I went to my first mountain bike race and won it. I still focused on hockey until I was 21, but at that point I knew that I wasn’t going to the NHL (National Hockey League) and so I took a couple of years off.

I went tree planting, did a bit of college, and then when I was 23 I really got back into it [MTB]. I signed for the Kona Factory Team when I was 25, and since then it’s just taken off.

ST: The demands of a 24-hour race and a stage race are very different, how do you approach them?

CW: My main thing is to put a big base in during winter. I usually go on a big bike tour, and aim for 5,000-km or 200-hours of just base miles. I find that once that’s in my system then my body is ready for whatever; then it’s just about adapting to the race itself.

If I have a stage race coming up like the BC Bike Race where the stages are short (just two hours a day) it’s more like doing a cross-country race seven days in a row. I just focus on short and hard intensity rides. After the race I’ll do some big six-hour rides, just to keep the endurance up.

Once I have a 24-hour race in sight I’ll do a big bike trip again; 10 days or so, just to lay the foundation again, and then I come back to the intensity. If you put the intensity on top of a base you can switch your system pretty quickly. 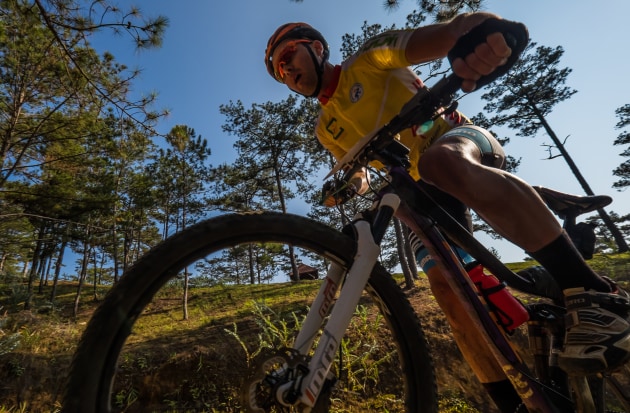 Although last year I was in Brazil and won the 24-hour World Championships at the end of July, and then a week later I got invited to the XCO World Championships in Mont Saint Anne, and I had four weeks to try and transition. It was too tight; my body was just too fatigued from the 24-hour Worlds, and I also had the Breck Epic stage race at altitude in between. It just wasn’t enough time.

You can switch your system over, but it takes a good rest period and then three-four weeks of good training.

ST: You spend most of your time travelling; how do you manage to keep training when going between hugely different environments and time zones?

CW: With so much travel it’s tough sometimes to fit in all of the training. I always try to arrange my travel so that I have a couple of days after the race, and then I’ll go for a big ride of five or six hours. I find that my body is still in ‘go mode’, and so I get in another big training day and then go into travel mode.

There are lots of little tricks like that; I now give myself more time after I get off the plane before I do high intensity. I get off an overseas flight and try to get on my bike for one or two hours straight away, just to spin the legs. I do that for a couple of days and then wait until my body is really recovered before doing any intensity, otherwise you can push it too far and get over trained. 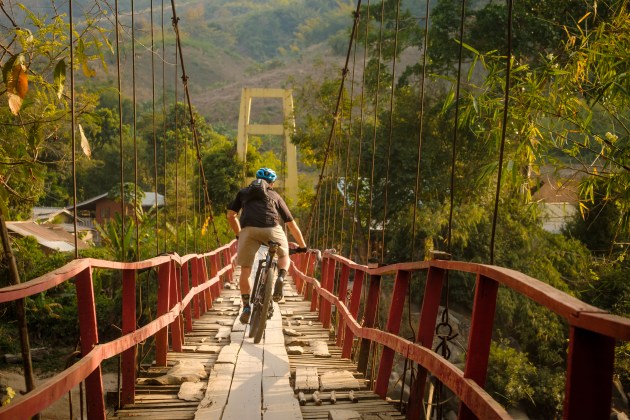 ST: It’s very easy to get sick when travelling, how do you stay healthy?

CW: A lot of people laugh or comment about all of the little bags I have with me. I always travel with bags full of powders; one is whey protein, one is veggie protein, one is hemp seed, and then I have a vegetable juice to drink in the morning.

There are probably five or six supplements that I really rely on. I find that anywhere in the world I can get the carbs, like rice and beans, and then I can add my supplements to that for complete nutrition, which helps to keep me healthy.

ST: Do the UCI Marathon series and World Championship, do they feature prominently on your agenda?

CW: No; I like doing all kinds of events, and I’m 35 now and still love racing. I think that’s because I do so many different kinds of events; road races, stage races, XCO, 24-hours, all sorts – that’s what keeps me entertained. The World Cup series is obviously the most followed, but that takes a whole different kind of commitment, and you only race a few times a year. That isn’t what I want to do.

There are three to four races a year that I really want to do, and then I fill in the calendar with what works. 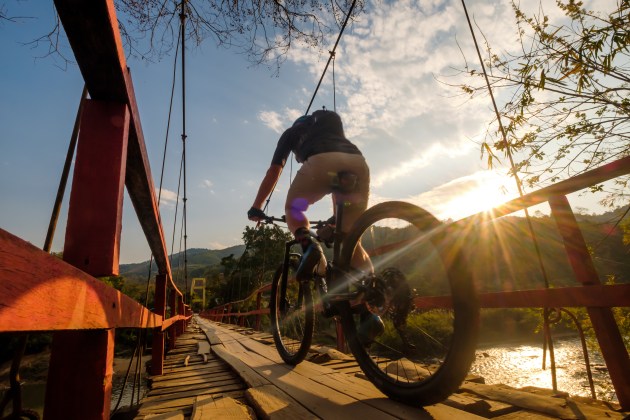 CW: UCI recognition would probably help the status of it, just because the UCI is so big. But I personally support the WEMBO organisation that organise the race. They’ve been great for the sport and earned a great name. Over the years they’ve become really well known, and they switch the venues between hemispheres. The race is never in the same country; it’s very global and a true World Championship.

If the UCI took hold of it, in my opinion it would mostly be in Europe. I think 9/10 of the last World Marathon Championships have been in Europe.

The UCI is European based, and to me that doesn’t make it a true World Championship (if it were mostly hosted in Europe). I really respect what WEMBO have done, and I hope that it doesn’t become a UCI race.

ST: With spending much of your time bike packing and touring between races what does travelling by bike mean to you?

CW: To me the biggest thing about biking is just seeing new places and meeting new people, and two wheels is the best way to do that. I’ve tried travelling without a bike and it just drives me crazy trying to get taxis and busses, and you can’t easily get off the tourist trail.

With a bike you go wherever you want. I do get into a lot of trouble because I go into places where I shouldn’t be, but you do see the far corners of the world that way. It’s the freedom; put on the bike packing bags and away you go. I don’t think that I’ve once followed my (original) plan. I’ll start with a plan; but when you get going you meet people and find new cool places. I don’t think I’ll ever get tired of that.