When it comes to improving your skillset on the bike, most think of learning a trick or a particular move; doing a bunny hop or a wheelie for example. While that’s undoubtedly the end goal, sometimes it’s better to break these skills down into the most basic elements.

In this case we want to get you moving on the bike. Many people tend to get stuck in one spot, moving with the bike as they travel down the trail. Adopting independent movement lets your bike follow the trail while you float along smoothly above. The same concept can also assist with cornering technique, and that’s what we’re focusing on here.

Leaning with the bike through a turn works well on a road bike where you’re dealing with a consistent high traction surface—doing this lowers your centre mass to help you scoot through the turn faster. On the dirt however, especially when dealing with flat or off-camber turns, it’s often better to lean the bike but not your body.

How’s this done? For starters you need to get off the saddle and assume an ‘active’ position on the bike; arms bent and weight centred between your front and rear wheels. Initiate the move by straightening your inside arm while simultaneously dropping your opposing pedal. If you’re turning right (as per the photo), extend your right arm and drop your left-side pedal to the bottom.

With the correct technique you’ll find your left arm bent and sticking out chicken-wing style. You should also notice all of your body weight transferring through the bike via your left-side pedal. On the trail, this weight transfer will help to drive the edge knobs of your tyres into the ground. To confirm if you’re ‘doing it right’; look down to see where your saddle is. It shouldn’t be under your backside, in fact it shouldn’t even be under your thigh. The saddle should be fully visible and some distance away from your hips. If the saddle is still underneath you, straighten your inside arm and lean the bike more!

While the goal is to apply this technique on the trail, it’s best to practise it in isolation to begin with. Doing it independently allows you to focus purely on the action without having to worry about making a corner or miss a rock. Do it at the trailhead car park or when you’re commuting along a cycle path.

Once you’ve got the position sorted (it may seem odd for some to begin with), work on leaning the bike further and further. Go at it as though you’re trying to scrub the handlebar on the ground—trust me you won’t but exaggerating the movement will give you a feel for just how far the bike can be lent over whilst retaining your balance with a comparatively upright body position.

You’ll probably find it easier to turn one direction, so work on the side that feels more natural first. Once proficient at leaning one way, swap to the opposite side and practise that. Get both sides dialled and you can move onto linking turns. Rapidly turning left then right using this technique is sometimes referred to as ‘cutties’ and it can be a great pre-ride warm up or skills session.

Once you’re on the trail, this technique is best used on flat or off-camber turns and it’s especially handy when traction is limited or unpredictable. Leaning the bike aggressively can allow you to feel the limit of available traction. If you begin to slide, pulling the bike into a more upright position will allow the tyres to regain traction. It allows you to play you’re your limits without dumping the bike in the dust. Lose traction when you’re leaning with the bike and you’ll probably hit the deck.

This technique won’t come into play on every corner and big berms will probably see you centred over the bike, but it’s invaluable for the loose and dicey stuff. It’s one that every mountain biker should have in their skillset. 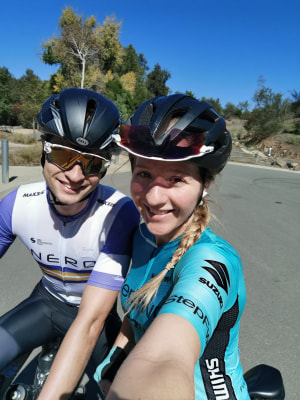 Training Though A Tumultuous 2020: An 'Amateur Professional's' View

Nero Continental maybe Australia’s newest UCI Continental team, but they still had high hopes for what they could be achieved in their first year on the tour. So when the small issue of a global pandemic hit, those hopes turned into a waiting game with some very new realities. 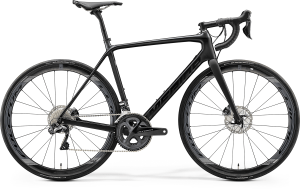 “...Make no mistakes, this bike is not masquerading as a high-end all-round race bike, what we have is a genuine professional grade platform designed for serious riding...”