This may sound a little over-dramatic, especially in an era when we’re bombarded by thousands of screen pictures and videos every single woken hour of the day. If in doubt, just think about it; think about that iconic Che Guevara picture, an awesome trail image, or a sexy new bike shot to look hotter than it could ever possibly be. We all stop at times and look at pictures, and are often inspired into action after doing so.
Most of us would love to be able to take pictures like the big, epic ride images that we see on many pages of this magazine. Sadly, all too often reality fails to meet expectations, and we end up with blurry, over-exposed pictures of tiny and cumbersome riders. The good news is that you can drastically improve your ride images: however, as with anything else in life, it will require a little perseverance, practice, learning and maybe an ounce of financial investment. 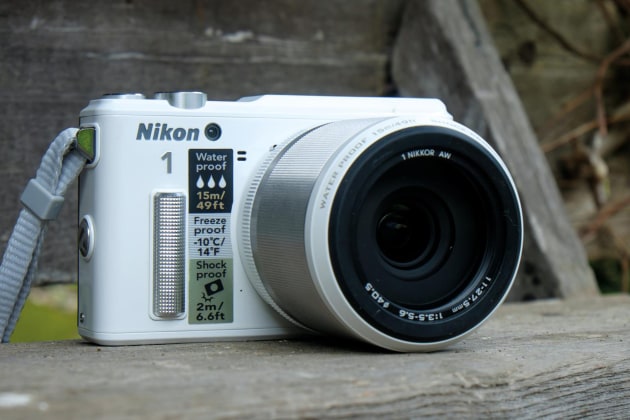 A Camera in Every Pocket

Everyone’s a photographer these days... or so they say. Yes, most of us do have some form of camera with us at most times, and often post vividly over-filtered images on our social media feeds. Sadly, simply having a decent camera and taking pictures does not make for a good photographer on its own, no more than having a Santa Cruz makes you Greg Minnaar or a frying pan earns you a Michelin star.
Your camera or phone does have an impact on the images you produce, but 90% of what makes for a good image comes from what is behind the camera – the photographer. Don’t fall into the trap of thinking 'but they had a big camera, or that camera takes good pictures'. It just does not work that way, no more so than
it does with flash bikes and mountain biking prowess.
Technology moves along at a crazy pace these days and most phones and cameras out there can produce good quality images, as long as they’re used well and you put the thought and effort into capturing them. 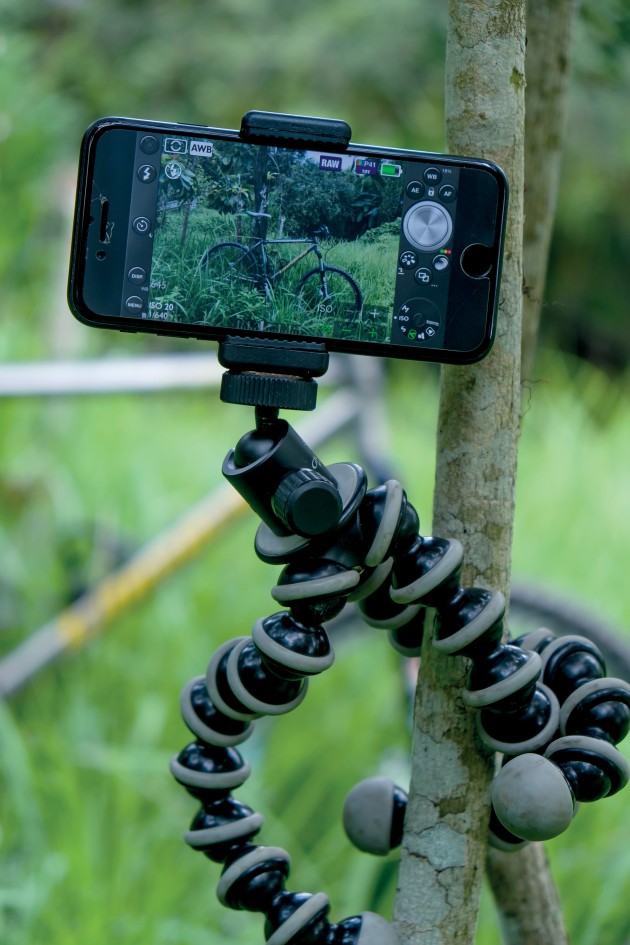 Modern phones are capable of great image-making, and can produce better pictures than many high-end digital cameras could just a few years back. Plus, chances are that you will always have one in your pocket, which offers you far more opportunity to capture great images.
Consider downloading an app such as Camera 645 if you want to attain RAW/DNG pictures at a higher resolution and have manual exposure control, although these images will need some editing afterwards.
The first thing you need to do is to think of it as a real camera, not just a snap-happy one-handed phone, and handle it accordingly. Look for your shot. Stop. Get your breath. Frame the shot, compose the scene and take a series of images. Check them before moving on.
Follow-focus mode is good on newer phones, but if you want panoramic shots then you will need low light to slow the camera down.
Be wise with your choice of scene, as phones and action cameras struggle with low and contrasting light (due to their small sensors), such as when under tree cover.
Try to avoid using the zoom on a phone, too. It’s a digital zoom, which just crops the image so you end up with a poor quality result. Instead, get closer to the action. There are third-party lenses out there for phones, but if you’re going to invest in them and carry and clip them on, it’s better to get a dedicated camera. 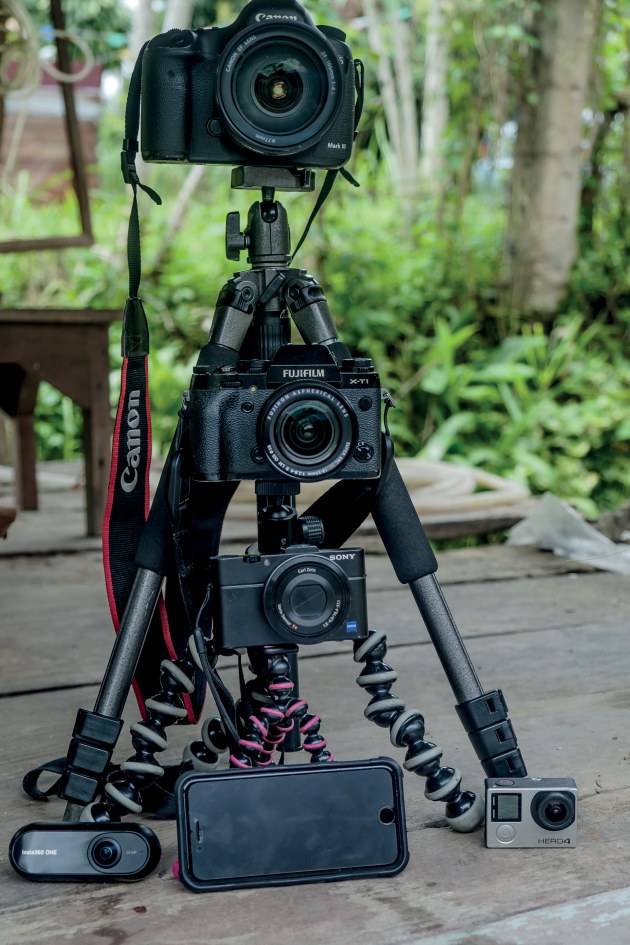 Once you’ve captured your image, you can edit it later. I highly recommend Snapseed, a free app that can achieve pro grade editing results. Editing really is important; just about every pro image you see in print or online is edited, whether it’s just a touch of contrast and vibrancy, a snap of sharpening, a slight crop or an angle change. Be sure not to overdo the edit: in time you will regret those glamour filter effects.
If you want to print an image or have something that’s worth taking more time over, then transfer it to your desktop. Editing software such as Lightroom can be intimidating at first, so start with your computer's bundled photo editor or something like Adobe Elements, which is quite easy to get to grips with.

If you want to take things a step further at the capture end, then there are some superb mirrorless and compact options out there. When travelling, I always have a Sony RX100 compact with me: it’s an incredible but very expensive compact. Buying second hand could be a good move here. Photography is one of the most popular global hobbies these days, thus there’s a good chance that some of you already have mirrorless or DSLR cameras with interchangeable lenses. If not. you could pick up something like a Sony A5000 kit for around $700. Keep things simple; have a decent fast zoom lens and slow down with your image taking. Play around and learn - it will be worth the effort and expense. You may even get hooked and want to take things to that higher plane of photographic greatness. 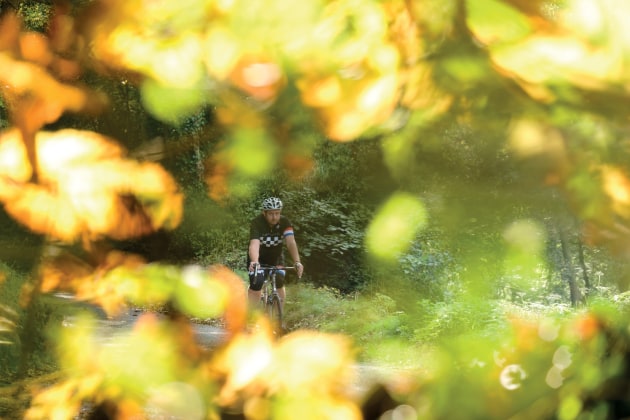 Be it location, timing or circumstance, I’ve always done a whole heap of self-photography, which does take some time and a lot of practice to do well. Many of the images you’ve seen in the pages of MBA over the years have been both taken by and featured me.
It’s got nothing to do with wanting to be in the images; I actually hate to see myself in print. Shooting things this way frees you up to ride when and where you want. You don’t have to wait around for others or be left thinking “if only there was a biker in that pic”.
For phones, grab a suitable bracket paired with a mini tripod and a Bluetooth remote; these items cost peanuts on the big auction sites. Frame your shot (sun over your shoulder where you can), fix the exposure and focus (tap and hold the screen on an iPhone), set to multiple exposure, and mark your spot with a stone or branch. Set the timer, get to your bike, hit that remote and then ride slowly but convincingly into shot.
Placing the phone low produces great action shots, but mix it up! A flexy-leg tripod gives you more options, while a roll of electrical tape allows you to lash up a tree for a wider shot.
Always check the images before moving on, too.
The same theory applies with bigger cameras; I prefer manually focusing on a spot, using continuous drive mode and a sturdy tripod.
If you have a dedicated camera, always shoot both RAW and JPEG. That way, you can edit deeper if you wish (RAW has more detail as it’s unprocessed). That said, cameras these days are often much smarter with their processing than we will ever be, hence can produce great JPEGs straight out of camera.
Go out and ride, and capture those memories in pictures. Don’t leave them on your hard drive - post them, print them or maybe even make a photo book.

For more of Steve's work, head to stevethomasimages.com