Nestled in a tiny village about an hour and a half from Tasmania’s capital, the tiny – and I mean tiny – town of Maydena feels like it’s a million miles from anywhere.

It seems like the most unlikely place for a huge commercial mountain bike park – but the locals are ready, and the trails are going in.

Trail building company Dirt Art is backing itself big time on the Maydena Bike Park facility; unlike the trails at Derby, there is no government money supporting this project… and it’s a big one, with five crews out rain and shine carving trails from the forest.

More than 120km of virgin trail is being carved into the mountainside above the town, with 40km slated to be ready for the sold-out opening weekend in January 2018.

Aimed at more experienced riders, the park will feature about 800m of vertical when it’s completed. The town’s former primary school will serve as a hub at the base of the mountain for shuttle transfers, bike rental and more.

Meanwhile, a spectacular tree top facility has been procured from a failed tourism venture to service as a top station. 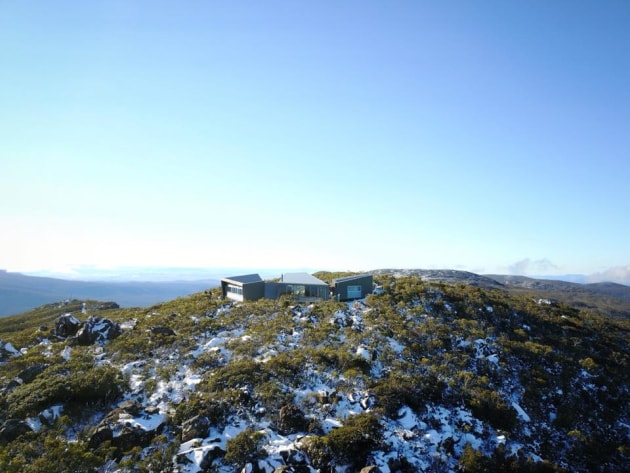 (Stay tuned for more from Maydena Bike Park in the next issue of MBA!)