US component maker Crank Bros has come out swinging for six with its newest carbon wheelset, the Sythesis.

And given the names behind the design and build of the Sythesis wheels, it might clear that fence.

The company – now owned by Italian giant Selle Royale – tapped two people on the shoulder in order to fulfil the brief; co-founder of Enve, Jason Schiers, and Australia’s own Mello Bouwmeester, the bloke who stood the carbon wheel world on its head with his own take on compliance and carbon rims.

Both guys approach the idea of rim rigidity from different ends of the spectrum, and Crank Bros reckons they’ve met in the middle with the Sythesis.

“Nobody is thinking or talking about ride quality. No one is thinking about the customer experience,” claims Crank Bros’ business manager Matteo Bragagnolo (below), who chatted with us on a recent flying trip to Australia. “That’s what we’ve done and that’s what we’re introducing.

“We have the two pioneers of softness (or compliance) and stiffness together to create the future of the carbon wheel in the mountain bike scene.”

The basics of the Synthesis wheels are based around a 32-hole, 29.5mm wide internal diameter 29-inch rear rim and a 28-hole, 31.5mm front rim. The build is traditional three-cross, using Sapim aero spokes and alloy nipples.

The idea around having different specs up front and out back comes down to the fact that both wheels have different jobs to do. The front wheel works harder to find grip and to track the ground, while the rear wheel needs to be stiff to turn pedalling force into forward motion, as well as to help the rear end track through rough terrain.

Matteo relates the story of an early test day at the company’s skunkworks in Utah where, out of ten riders on sets of Bourmeester and Enve wheels, five preferred the feel of the stiffer Enves and five the softer Bouwmeesters.

“Then, when we put a Bouwmeester on the front and an Enve on the back, all ten riders said ‘that’s it, that’s what we like,” he said. “And that was the path we took.”

The front rim is lighter, thanks to a different layup and rim profile. The front has a shallower sidewall, while the rear wheel is deeper and is built stronger and stiffer. “We put more material on the back rim to make it more resistant and more robust,” said Matteo. 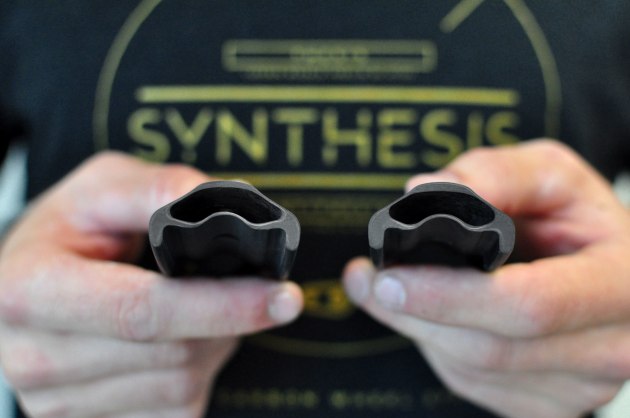 He is more coy about finer tech details like spoke tension numbers. “It’s a secret of Mello and Jason,” he says, but admits that the spoke tension is different front and rear.

The wheels themselves don’t look dissimilar in profile to Bouwmeester’s 2016 Tammars, and Matteo explained that the traditional looking build moves away from the company’s distinctive alloy wheelsets because the materials are so different.

Pricing for the wheels starts at A$2699 for wheels equipped with Crank Bros’ own hubs, while the top versions are specced with US-made Project 321 hubs and will retail for A$3799. 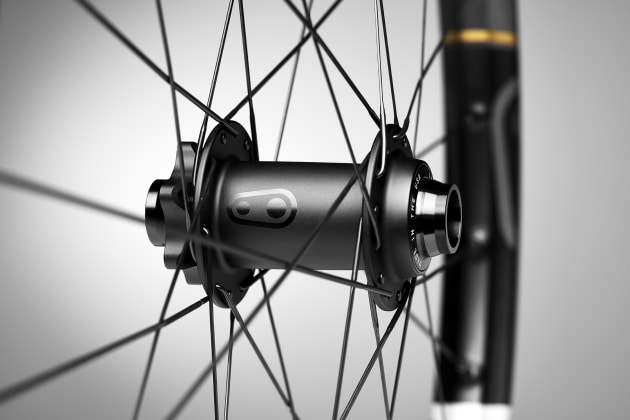 Matteo reckons that the wheels are that good, the company could have priced them higher.

“Unfortunately or fortunately, you have consumers that equate quality with price,” he explains. “To me, we should put [the Synthesis] above the most expensive product, because to me, because it’s the best concept, the best carbon wheel in the market. In term of price it should be most expensive one.”

He allows, though, that there is a balance between having the best on the trail or the best on shelves in the warehouse.

“The goal for a brand is to accommodate as many consumers as possible,” he admits. “You need to find the balance between giving the right value to the product, and the possibly for your consumer to experience that product, and that’s what we’ve done.”

Crank Bros isn’t shying away from the reality that stuff breaks, and will offer a lifetime warranty on the rim to the original owner. It’s also setting up wheelbuilding centres in Taiwan, the US and Europe to service the products.

Matteo says that the rims have been built to fail in a predictable way.

“You can’t predict the crack, but you can work on the rim’s failure mode,” he says. “When we talk about carbon wheels, you can crack the wheel and it’s basically going to explode, and you’ll flat immediately. Or you can work on the layups during the construction of the rim, and you can actually crack the rim but you won’t notice. The wheel will still hold air.”

The Synthesis wheels are about the easiest wheels I’ve ever added tyres to; a Minion DHR/DHF combo popped onto the rims with hand pressure but aren’t loose, and they beaded up more quickly that I can write this sentence. I even inflated the rear with a C02 canister!

A 2.6-inch front tyre isn’t a drama for the rim width, either.

The finish of the wheelset is excellent, and spoke tension is even all round. Even my brakes need minimal readjustment once rotors are added and the wheels are installed.

Our time on the wheels before the embargo lifted was limited, but it’s immediately apparent that the Crank Bros carbons are well thought out. I replaced a narrower, lighter carbon wheelset on our Norco test mule, and the Crank Bros wheels immediately did a better job of supporting the tyre’s sidewalls. 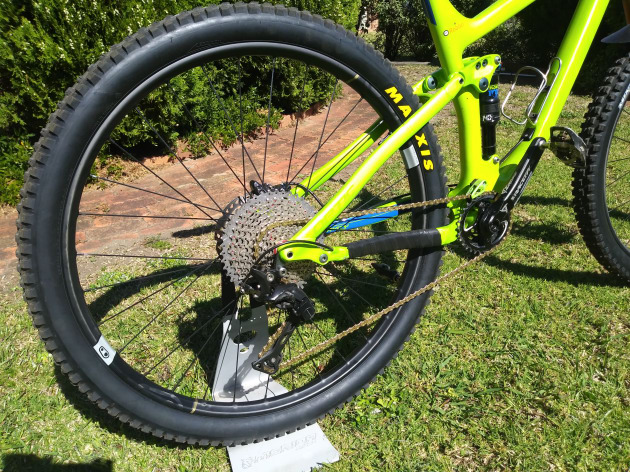 I felt the hub’s engagement was softer than I expected, and it wasn’t absolutely immediate, either, but worked well enough in transferring my pedalling to forward motion on stop/start trails.

A couple of runs on the wheels isn’t enough for me to offer a firm opinion, and we need to put them in the mill back-to-back against some other competitors to see where they stand… but it’s a test I’m really looking forward to.