We feel a night ride revolution is imminent here at MBA. It’s been in decline since the end of the mass participation 24-hour race a couple of years back, but the proliferation of affordable, powerful and easy-to-use lights means we reckon it’ll be on the front burner for a lot of riders come summer 2018/19.

US company Serfas makes a whole bunch of bike accessories that are pretty well regarded, and the company’s e-Lume lights are perfect contenders for the post-work singletrack hot lap.

We’ve grabbed the second-from-top e-Lume 1200 and the third-ranked e-Lume 900, giving them a run at the recent Redback race as well as around our local trails, and we’re really impressed with their abilities – but more so their ease of use.

Both units are self-contained, which means there’s no need to run wires for a separate battery. They can also be recharged via a compact USB cable, not a bespoke charging unit.

The 1200 puts out – no surprises here – 1200 lumens of light from two LED bulbs, and the single-lap 900… well, you get the picture. Both are packaged with rubberised bar mounts that can be sized for thick and thin handlebars, while an optional Velcro helmet strap is available.

Both lights offer four lighting modes and a pair of flash modes, though different battery sizes and power consumption means a little bit of difference in peak time use.

And if you still need more light, you can throw a small power pack recharger in your pack for insurance. Charging both lights on the mains from dead flat to full takes about 2.5 hours. 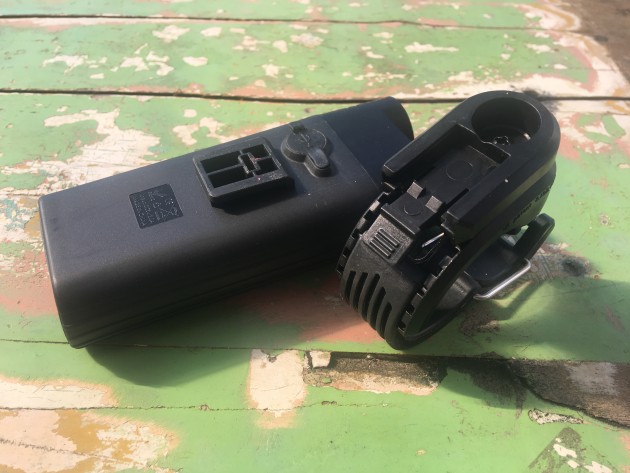 We tested the lights on various settings over a two-hour fun ride on our local trails, and neither light gave any sign that it would run out of puff. (We'll update the review when we get a total burn time on them in a week or so.)

The e-Lume’s bar mount comes with an insert to reduce its diameter, but it’ll get lost in your shed in about a minute, and I found it wasn’t necessary for either 31.6mm or 35mm bars. The fatter bars are a bit of a tighter squeeze to get the clamp to close, though.

Mounting the lights is easy, though care needs to be taken to do it right. The brackets use a simple slide-and-click engagement, which locks firmly in place only after a solid push.

Because I didn’t lock it in properly, I managed to knock the 1200 off its bar-mounted perch almost straight away and into a shallow creek, but the light was unmarked and unfazed by its 10-second dunking.

It’s built to an IPX6 exposure rating, which makes it resistant to heavy rain and hosing, but technically not to submersion – but a rubber bung over the USB port did its job of keeping water out. 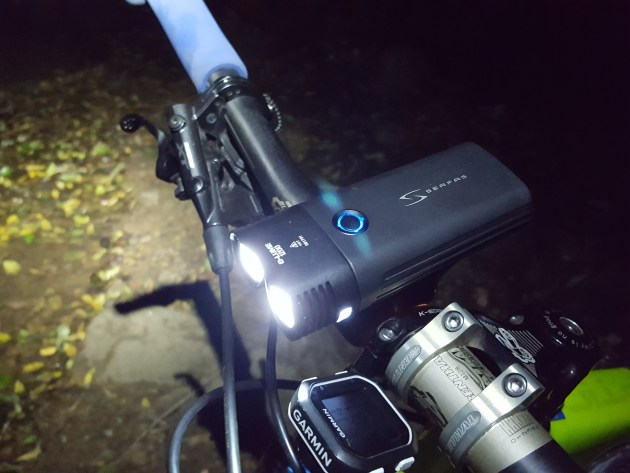 No such misfortune for the lightweight 900, which at just 142g for light and mount makes it almost unnoticeable on your lid. It also means you can mount it a little more forward to lower its profile, which will help prevent branch snags. 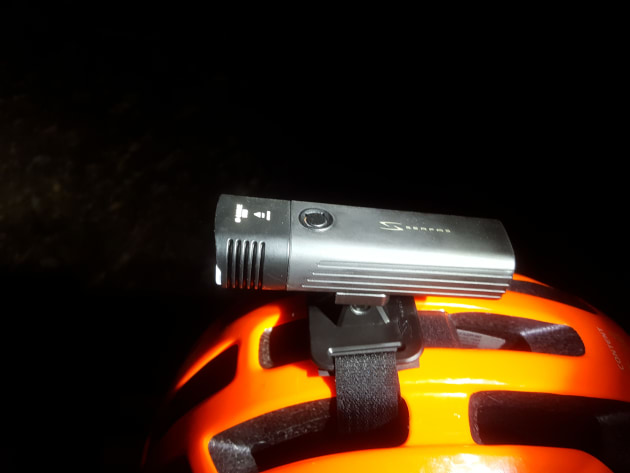 In use, the e-Lumes are frankly amazing. I’ve used both AyUps and Hopes over the years, and while they offer great performance, there’s a bit of faffing about to mount external batteries and cords, and carrying extra chargers is a a drama for my forgetful head.

The 1200 and 900 pairing is bright enough to land aircraft at full power, and I now use both of them at medium power. It’s still more than enough light for wooded singletrack use. 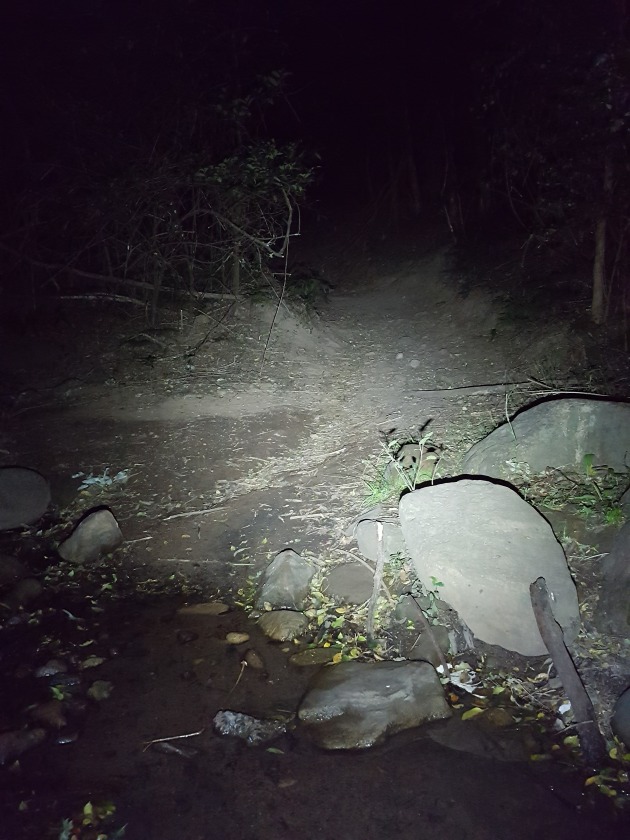 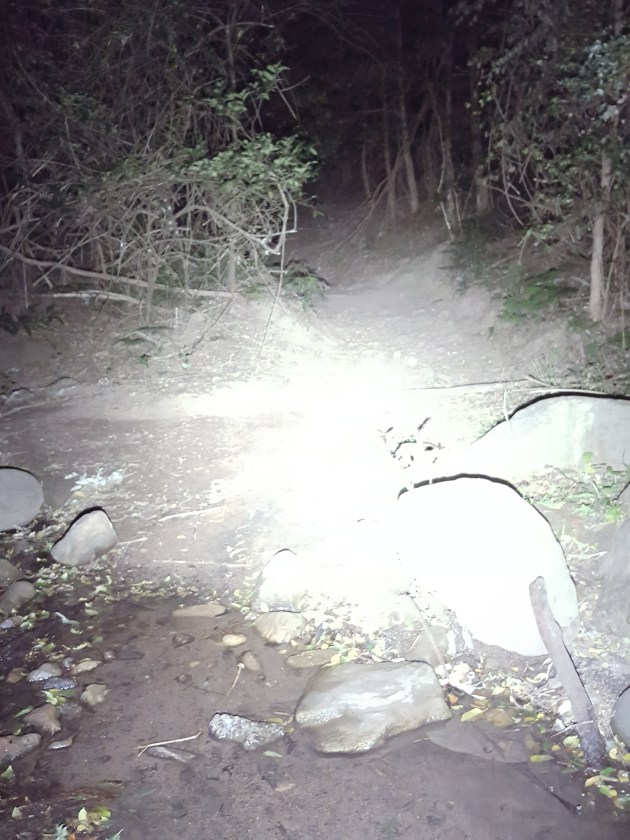 Scrolling through the power levels is as simple as pushing the illuminated button, which also acts as a battery indicator.

Both lights get quite warm to the touch when there’s no airflow going past them, and both bodies are moulded with heatsink fins to keep them cool while in operation.

The 1200 throws a wider beam than the 900, which still isn’t as pencil-thin as I though it might be. The colour cast is bright LED white, which might bother some, but overall I was just blown away at the sheer output from this diminutive pair of powerful lights. 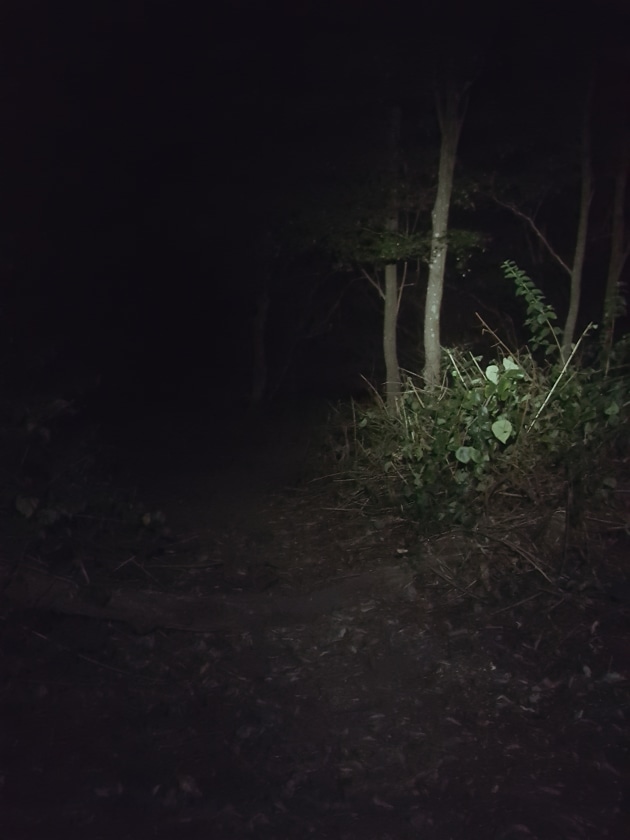 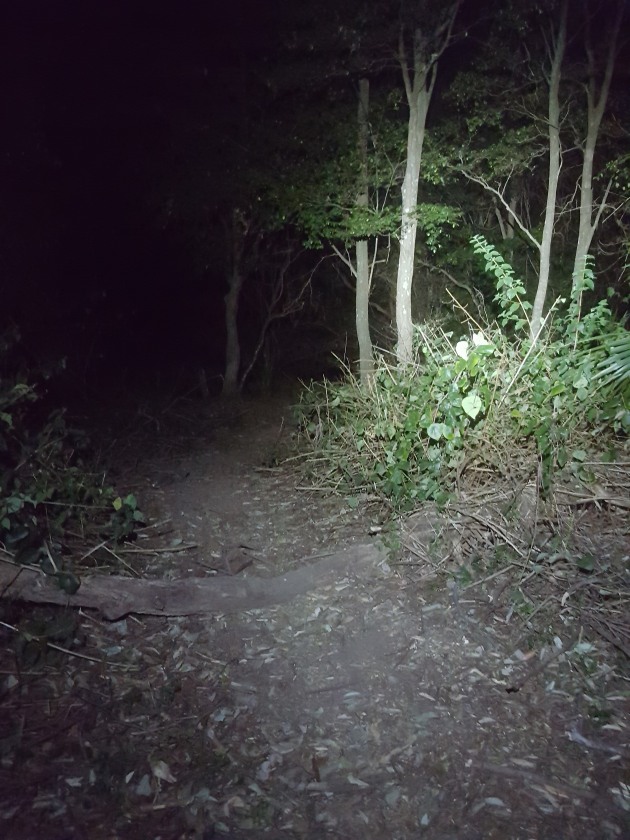 They’re not particularly expensive, either – you’ll get both from a local store, with Aussie warranty, for less than $250 – and you can switch the mount to your commuter or road bike in about five seconds flat.

Do you need both? A bar light helps to define the trail ahead of you, while a helmet light moves as you follow the trail with your eyes, so we'd say yes.

If you’re looking at giving night riding a try, the Serfas e-Lumes are rugged, well made, easy to use and throw out astonishing amounts of light. Sure, you can pick up stuff cheaper online, but the set-and-forget nature of the Serfas means it’s money well spent – especially when you lose a charger or a mount in a year’s time.

From: your local retailer, via Velo Vita