We’re big fans of Scottish rider Danny Macaskill, who spends his life redefining the line between impossible and amazing on both trials and trail bikes.

He’s had a long affiliation with US shoe company Five Ten, and these are the second generation signature shoe to be released.

They differ a fair bit from the first, primarily in the area of their aesthetic. Five Tens have an enviable reputation for flat-pedal use, but for the most part they do look like a gym sneaker from the 1990s.

The Macaskills still use the same patented uber-soft Stealth S1 dimpled sole  -  seconded from the brand’s climbing shoe range - and thick EVA midsole as other models like the NAME, but the smooth suede leather upper and subtle graphic on our black pair tones the overall look of shoes way down. You’d have no trouble wearing these out to dinner at the pub – provided they weren’t caked with mud.

In use, the jury is still out on the Macaskill – at least for this flat pedal returnee. The shoe is only just wide enough across the top of the foot, which makes for a snug fit, while the same chunky mid-sole that helps cushion the blow of big landings also gives the shoe a bit of a dead feeling at the pedal. 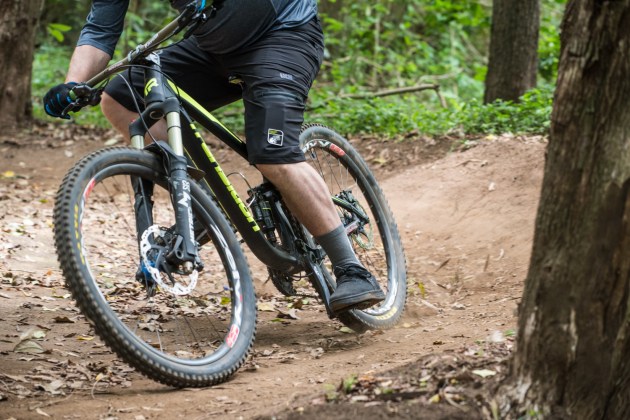 Compared to my usual sneaker-style SPD shoes, I didn’t feel the same sense of connection with the bike with the Macaskills – which surprised me a lot. It feels as if the thick mid-sole doesn’t allow the shoe to flex sufficiently to impart feedback to your soles.

There’s no doubt about the shoe’s grip on spiked pedals, though, especially when combined with today’s generation of broader flats. It takes a little bit of scuffing of the surface of the rubber to get the most out of that grip, and while they grip well while traversing rocky surfaces, walking on slippery mud isn’t advised.

Part of the appeal of flat pedal usage is the greater feel of connectivity to the bike through the soles of your feet, but the drama with thinner-soled shoes like Converse or Vans-style units is the lack of support through your arch and the front of your foot during bigger impacts and over longer distances. The Macaskill solves this dilemma with its more absorbent mid-sole – but it impacts that feel. 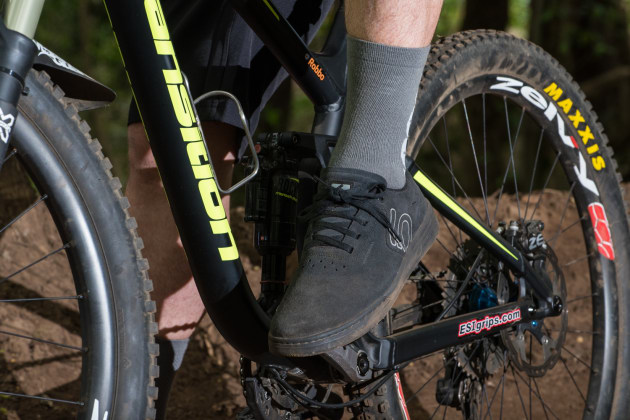 After three months of infrequent use, the Macaskills still look great, though we’ve had no real wet weather to speak of to test them. Besides, what if I need to wear them to the pub?/Tim Robson

A well built, good looking flat pedal shoe that doesn’t look like a sports shoe, but not the last word in connectivity with the bike. 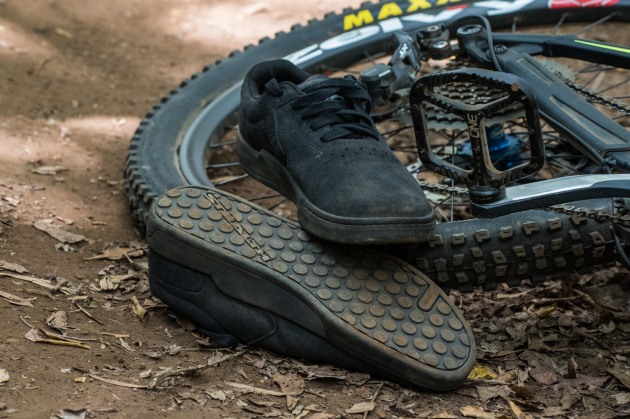