I feel like I’ve been initiated into a secret club of gear admirers. As I slowly put up a couple of social media posts about the latest product I picked up the messages start flooding in. “It’s the best,” they say. “Love mine!”

Well, that was unexpected. I wonder what it is about this that makes people rave about it so much!

Over the last little while I’ve been testing the latest and greatest dropper post from Fox. They aren't a newcomer to the dropper game, first releasing their D.O.S.S. dropper post back in 2012 and their Transfer post in 2017. Available in a huge range of different options including two diameters (30.9 and 31.6mm), four drops (100mm to a huge 175mm), two performance levels and a choice of internal/external routing there’s a transfer post for most modern bikes.

I’ve been testing the Factory model in 31.6mm diameter, internally routed for my Trek Fuel EX and with 175mm drop. 175mm drop is a new option from Fox and definitely an upgrade on my bike's 150mm Bontrager post. Upon opening the box, it was hard not to notice the Kashima finish on the stanchion and its high-quality finish overall. A two bolt saddle clamp head makes it easy to mount up a saddle of choice and get it angled just right.

Unlike some other posts the cable routing has the head of the cable fitted at the base of the post rather than at the remote, so there’s only a few types of levers that work. No lever is supplied as standard with the post, but there’s a few options to choose from with Fox making both 2x and 1x style levers. The 1x has the lever under the bar on the left hand side with the 2x levering from the top so it doesn’t get in the way of the front shifter and is mountable on either the left or right side.

Now part of the Fox stable of brands, Raceface also make a 1x style lever that has a nicely sized sealed bearing in the pivot to make the action smooth and reliable. If you want to replace your current post and keep your lever, check the specs on it to see if it will work with the Transfer’s cable routing. I’ve seen levers from Bontrager and Giant that work this way.

Along with the post there was the Raceface Turbine 1x dropper lever in red to try out, this is the 1x lever mounted up on the left and with a good feel and with plenty of grip from the grooves machined into the lever surface.

The post isn’t just another rebranded model or nice externals over a generic cartridge but fully in-house Fox designed and developed, with its own valving incorporating an IFP. Design features also include a pressure release valve to help with changes in elevation or air pressure that can cause stickiness. The valving allows for the ability to modulate the speed of the post’s return easily, a small amount of lever push will move the post slowly or you can push it all the way in for full speed.
With a long post you’ll need to check your frame sizing to see if the full height can be used or you’ll need to go for a model with less drop. You can check the Fox site for full diagrams and guides explaining all the dimensions but with the 175mm internally-routed model, there’s potentially a massive 406mm maximum height from the seat post clamp collar to the head of the post, if you really need it that high!

The main advantage of the longer drop is that the post can be pushed in all the way to the clamp, allowing it to be pushed well out of the way down for jumps, steep sections or even comfortably sitting at traffic lights, but still high enough for the legs to spin and straighten properly up climbs without busting a quadricep muscle in the process.

I was able to get it almost all the way into the frame in my large frame sized Trek Fuel EX, only about 35mm short of that target but that was still more than enough to get the saddle high enough for climbing power plus low enough to really get the saddle out of the way on descents.

At six foot I can certainly use the extra length in the post, while I could make a 150mm post work for me I was finding I’d have to sometimes adjust the post height. With this setup I can just leave it as is for the majority of riding I do.

Fox recommend the post is serviced once every two years or every year for severe conditions. I did a quick check of a couple of service outlets' pricing and it’s around $200 per service for that, including seals, fluid, new keyways if required and refilling with the appropriate pressure. As it’s a complex unit and needs a nitrogen charge to refill, DIY servicing is not an option.

Out on the trail there’s a lot to like, it has quick adjustments and it always felt smooth, not needing a huge amount of effort to push down. It hits the top of its height with a reassuring clunk which was useful to know before I sat back down after standing to pedal!

The combination with the Raceface lever works well, the lever unit feels solid with a large area to find with the thumb. There’s virtually no side-to-side or rotational play from the keyways.

Now, no review of this post could not mention the price. This is priced at the expensive end of dropper posts, corresponding to the quality level but the longer 150mm and 175mm drop options don’t cost any more than the shorter options and this is certainly one high quality unit. Couple that with the ability for the post to be fully serviced rather than needing a new cartridge and I think you won’t be disappointed. 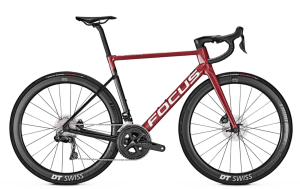 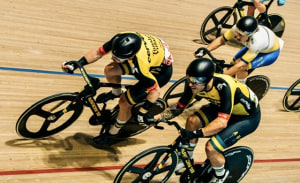 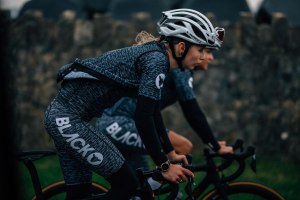