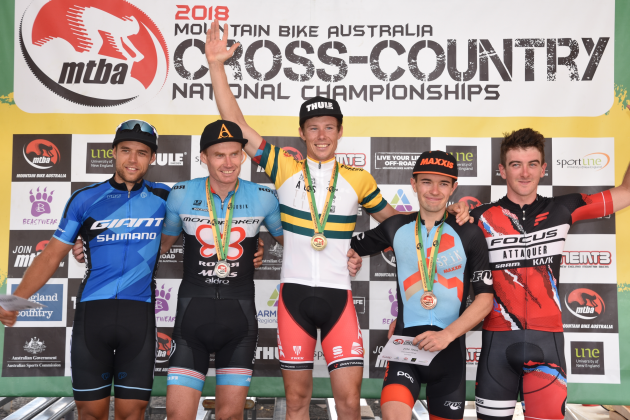 There are new national mountain bike champions in cross country and downhill after two weekends of intense racing in two different states.

Ivory, who has taken the silver behind Daniel McConnell (ACT) the past two years turned the table on McConnell to claim the gold medal with Sebastian Jayne (VIC) claiming bronze.

“Today everything just worked so well for me, I felt the best I have in a long time on the bike. I backed myself out there.”

For McConnell it ends his run of four consecutive titles, but the former Australian title holder was full of praise for his successor.

“He’s probably the most unlucky guy out of the elite’s so he really deserves this win today,” the six time champion said. 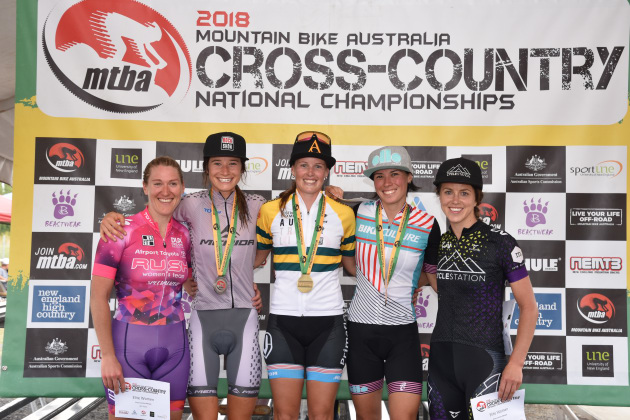 The defending champion lead home Holly Harris (NSW) and Eliza Smyth (ACT) by over a minute.

“I’ve been super-low with my confidence and, I have to say this feels really good,” she said of the win, which makes her equal with Australian cycling Hall of Famer Mary Grigson.

“I was quite nervous coming into this because I’ve never actually lost a cross-country Nationals (championship) so, I really didn’t want today to be the first time,” she said. 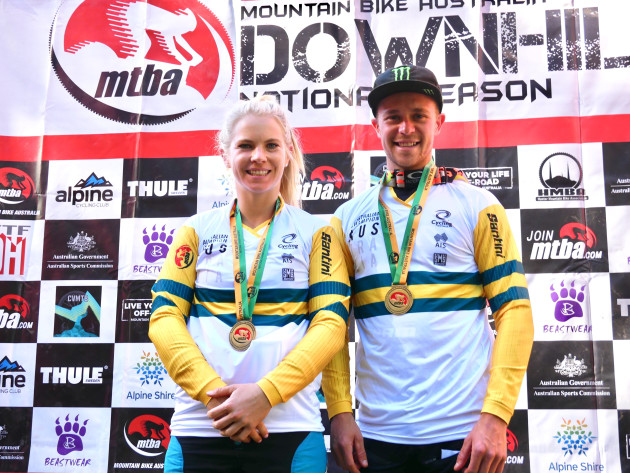 Brosnan was first down the track in the elites after a flat in qualifying, posting a 3m:46:78 time, before last year’s champion Jack Moir (NSW) went within 0.09sec of knocking the South Australian from the top spot.

“Having Jack come down so close was very nerve wracking and I’m super stoked to get the win,” said Brosnan, a five-time DH national champ.

“I was little disappointed last year losing the sleeve but getting it back this year is amazing."

In the women, all attention was turned towards Tracey Hannah who was looking to become the first Australian female to win 10 downhill titles.

The Cairns rider smashed her way down the course to produce an unbeatable time of 4min:37:78.

“It’s super cool, it’s always awesome racing in Australia, just being able to take that flag back overseas and race with the top riders in the world is pretty special to me – so yeah, I’m stoked,” she said.

The world number two was more than 16 seconds in front of Tegan Molloy (NSW) who was racing at her first national championships in two years, with Sian A’Hern (NSW) in third.

There were more celebrations for the Canyon Factory Racing Team after new signing Kye A’Hern (NSW) took out the national jersey in his first year in the junior men, ahead of local Aaron Gungl (VIC) and Matt Carter (VIC).

For the junior women Ellie Smith (NSW) retained her title, with Sally Potter (NSW) in second.