Sam Hill has started his defence of his EWS crown in ominous fashion, taming brutally tough conditions in Chile to dominate in Lo Barnechea.

The level has stepped up again, with time gaps closing right down between the top riders - but Hill didn't finish worse than second in any of the five stages, taking the win by 36 seconds.

"This weekend was awesome," said Hill. "We had two days of racing with three stages each day under super tough conditions that were super technical, slippery and rocky along with long stages in the altitude, which made it really hard. I just focused on myself and rode each stage as good as I could. I couldn't be happier to start the season with a win." 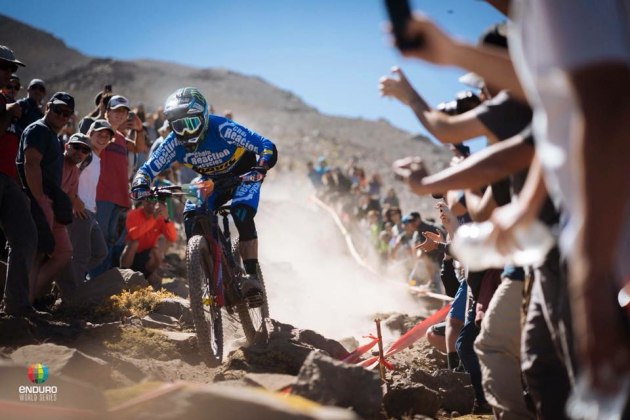 It was a resurgent performance from Josh Carlson, too, who strung together a solid set of results to post a good result after a poor 2017. You can read about Josh's search for redemption in our next issue, out early April.

It wasn't a good event for many of the event's big stars, with loose, dusty and rocky terrain claiming a few high profile victims including Richie Rude and 2017 runner up Adrien Dailly.

Young Victorian ace Chris Pannozo only made it one stage on his EWS debut, while it was also the worst possible start for Jared Graves, who DNF'ed after stage four with a mechanical.

"Can’t think of a good caption to describe how hollow it feels to walk away from the first big race of the year that you have been working towards for months with a DNF," he said.