MBA real-lifer Lotte Hougaard gets talked into tackling the Flight Centre Epic, and loves/hates it…

“Owwwwwww! Oh %^%$# hell! *&*^%! That hurt! ^%%%!” Suffering a sharp blow to my ‘undercarriage’ when I misjudge an obstacle and assuming I was all alone, I swear very loudly and for quite a while about it. 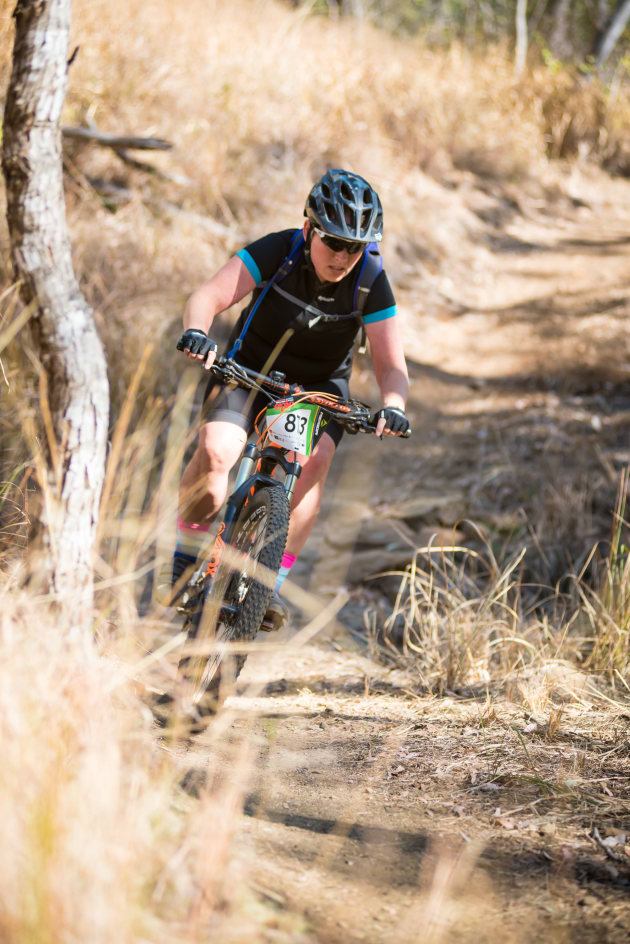 What’s a girl to do when she gets heckled for being a non-participant two days before a local 52km marathon race? You cave in and enter, that’s what!

Of course, then you have to drag your tubby hindquarters through the actual race, and spend most of it wondering what the hell kind of a dumb idea that was.

Battling an inside-out bra (don’t ask), a wedgie (camel heel?) that feels like it’s visible from space, not to mention an electrolyte drink I’d never tried before (and subsequently found utterly revolting), is more or less how I spent the 2017 Flight Centre Epic at Spicers Hidden Vale, near Brisbane.

My food and drink situation is, to be honest, quite haphazard. I threw a muesli bar in my Camelbak before the start, but with 1500m of climbing to negotiate, it would undoubtedly have been regurgitated trackside had I dared eat it. Half an orange from the 25km checkpoint, then, is my food for the entire race, and fluid comprises 2.5 litres of water and a bottle of foul tasting cat pee electrolyte drink.

If even a hint of strategic foresight had been employed, it would have been sensible to use the 99 per cent sugar, one per cent electrolyte junk I normally drink. This is probably not the race to try a new electrolyte drink. Really. It’s horrible.

By the 35km mark, complete and utter all-encompassing exhaustion is setting in, and I seriously contemplate throwing myself on the ground and faking a heart attack. Or maybe shingles.

However, the threat of endless sledging from family and friends for the rest of time ‘inspires’ me to soldier on like a martyr with an inside-out bra on.  By ‘soldiering’, of course I mean ‘practically crawling’ – any slower, and I would quite literally fall off my bike.

Getting across the line though, is pretty amazing. Being out there with a tonne of other people, many of whom are clearly equally lacking in planning and organisation, is also a barrel of laughs.  Nabbing third in the women’s race was really sweet, too, and comes as a big surprise. It’s a shame I was halfway home when I found out!

Lotte has ridden mountain bikes for fun for a loooong time now, is a mum to occasionally ungrateful but largely lovable children and tolerates her annoyingly fit mountain biking husband.