If you haven't read Part I you're missing out. Check it out here!

Saturday night has always been jump competition night, but for many kids it was about the games played during intermission, with the MC Erik Mellegers boogying away on top of the jump with hundreds of kids below him dancing. Again we were struck by the community engagement. This event dominates the town for the weekend and since relocating it off the main street onto a side street that was well serviced by cafes, restaurants and pubs, it seems the event has found its natural home. With so much that had gone on it was hard to believe that there was another day of the event. 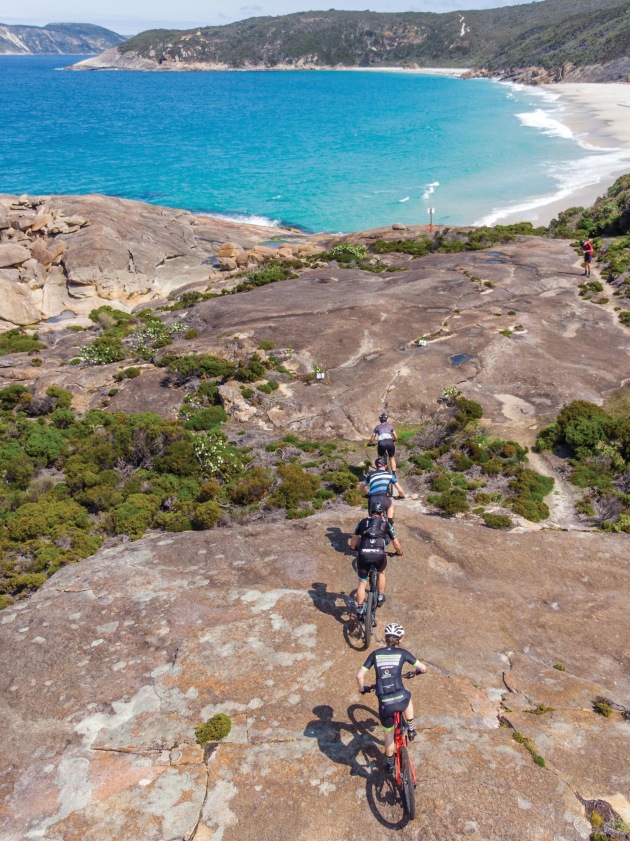 Sunday rolled around and I pulled my tired body out of bed. The Cross Country race had taken a lot out of me. My wife had surprised herself by getting on the podium (must have been the Highrollers the mechanic had installed). The medal around her neck seemed to have surprising regenerative properties and she looked a lot fresher than me. The kid’s racing was in the morning and if you were a kid then this really was the whole point of the weekend. A demanding course down the hill was constructed with sea saws, roll overs all with a couple of parents either side to try and catch wayward kids. The intensity of some of the racing and the electronic timing suggested everyone was taking this seriously. But despite the hectic racing on every sort of bike with two wheels, the common theme was big smiles by all involved.

The Urban Downhill kicked off and again it finished in front of the pub. Did we mention this is a great spot to finish a race? With four different events and around 400 competitors, the challenge is that there is such a thin overlap of competitors between events. Some of the Dirt Jumpers lined up for the downhilling, but with the severe nature of the course, not many XC riders smashed out their event to line up for the DH the next day. A notable exception was south west pinner Damon Wilmore, who despite being on the wrong side of 40, had a cracker of a ride putting early pressure on the men’s eventual winner Jon Gregg.

Damon decided to have a crack at the DH but soon realised he’d forgotten one of his elbow pads. He slipped on an arm warmer instead and hoped the marshals wouldn’t notice. I’m sure we weren’t the only ones who were secretly relieved when he destroyed a wheel on his light XC rig in downhill practice, taking him out of the Urban Downhill. It was a brutal enough race for bikes designed for that kind of punishment. Previous race winner Jordan Prochyra destroyed the rocker on his bike and so had borrowed the race marshal’s old 26er to get him through the event, eventually finishing 4th behind Jaxon Sawyer. 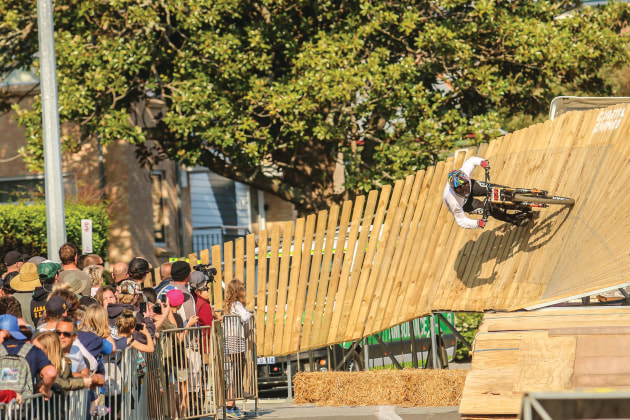 With beer flowing and crowds a couple of people deep cheering riders going downhill, it was a great way to finish the event. The Club and Albany should be proud to host such a great and diversified weekend. With the majority of riders coming from out of town, Nick Walls the Club President said, “it is a good opportunity to show what Albany has to offer in terms of mountain biking”.

This is a very loaded comment. The reality is after the bunting is put away Albany has virtually no sanctioned MTB trails. It is great to see such an active community of riders but with a grand total of one DH trail and 700 m of XC trail, it shows that something is seriously wrong. For the whole year there is no reason as a rider to visit Albany, there is simply nothing to ride. But in September every year the locals come together and pull off something remarkable and for that one weekend of the year there is every reason to come and experience something amazing in Albany.