Mention the word “Marzocchi” and mountain bikers of a slightly, um, advanced age will nod appreciatively (yeah, I am putting my hand up here). Back when the free-ride MTB movement was exploding on the North Shore of Canada’s British Columbia, with all its associated brutality toward bike components, an Italian fork maker – yep, that’d be Marzocchi – brought out what soon became a MTB icon: the coil-sprung Marzocchi Bomber Z1, complete with 100mm of travel. The fork was tough enough to handle whatever those maniacal riders who sent their bikes off insane jumps and timber bridges could do to it, and the result was Marzocchi becoming a byword for toughness and performance. After the mighty Z1, the Z2 soon followed, aimed more at XC/trail riders of that era, and with a heady 65mm of travel.

Fast-forward a couple of decades and the MTB world has changed dramatically, not the least for Marzocchi: after a few lean years, it has been re-born thanks to new owners, Fox (the US-based suspension giant bought Marzocchi in 2015). Fox has since overseen the rebirth of Marzocchi, combining the Italian brand’s heritage and knowledge with its own suspension tech, leading to the release of this new incarnation of the Bomber Z2, available for Boost-only 27.5 and 29 and offering travel ranging from 100mm to 150mm, with two offset options: 44mm or 51mm. 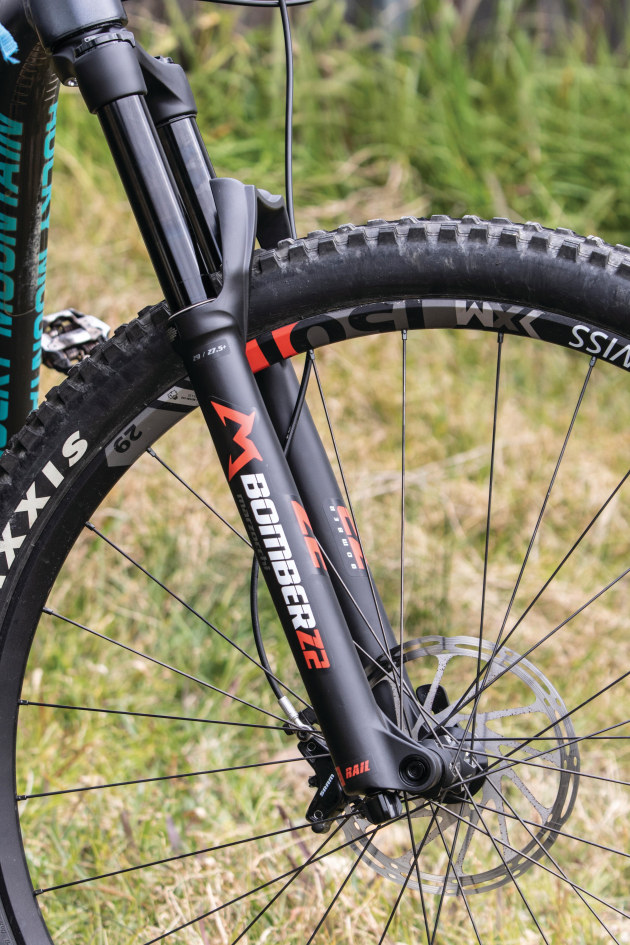 This trail/enduro fork is actually the third of the ‘new wave’ of Marzocchi products, following on from the release of the ‘reborn’ Z1 (with 36mm stanchions and longer travel options) and the Downhill-specific Bomber 58, and follows a similar ethos of offering excellent suspension tech but without as much showy bling – indeed, Marzocchi’s call-out for the Z2 is “Bring Simple Back”, and thus allowing this fork to be offered at a lower price than its Fox 34 stablemate.

The Z2 utilises a mix of Fox and Marzocchi tech, with a combo of the FLOAT EVOL air spring from Fox, and the Marzocchi RAIL damper contained within those sleek black 34mm stanchions. The Z2’s stanchions are made from 6000-series alloy, rather than the 7000-series alloy jobbies found on Fox 34. There’s adjustable rebound via a dial at the base of the right fork leg and compression tweaks are done using the RAIL dial up on the top, with a simple twist toward ‘Firm’ or ‘Open’.

For testing, I fitted the Z2 to my Rocky Mountain Instinct A70 29er (140mm front/rear travel) that, coincidentally, comes standard with a Fox 34 Performance Elite fork (with 51mm offset and those anodized 7000-series alloy stanchions), so it was an ideal bike with which to review the Z2 in the view of it being a lower-priced alternative that may offer the same performance.

In the metal, the Z2 looks great; the gloss black stanchions match perfectly to the matt black magnesium lowers (complete with Marzocchi’s unique M-arch design to allow for optimum tyre width (maximum sizes are 29x2.6 or 27.5x2.8). The red decals offset all that Darth Vader-like darkness perfectly – and before you ask, yes there will be a Z2 offered with Marzocchi’s iconic gloss red lowers soon. The fork also comes with additional Fox volume spacers for tweaking of the spring rate. 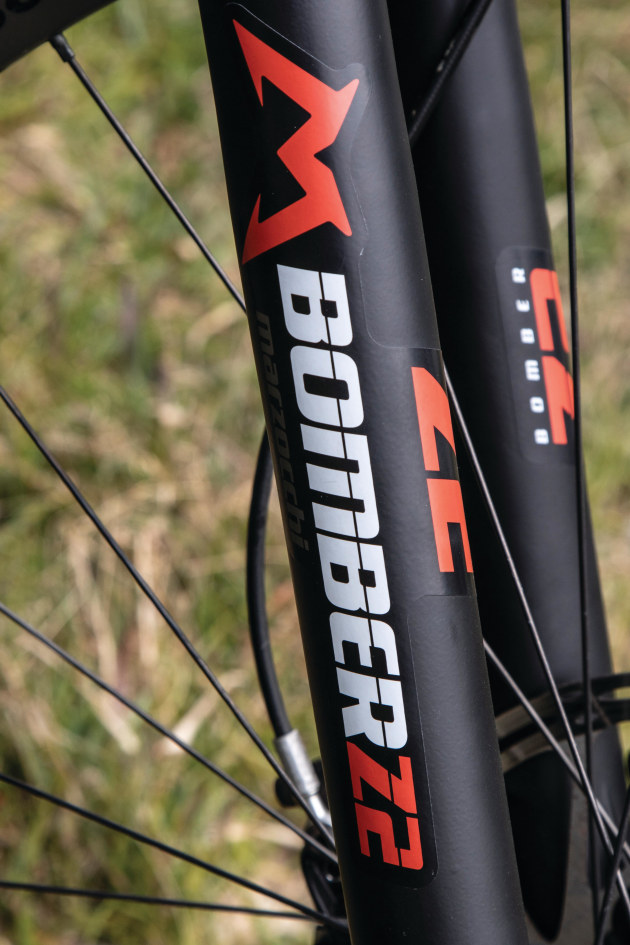 The big difference between the Z2 and its Fox brethren is, as mentioned earlier, the use of Marzocchi’s own RAIL damper (rather than using Fox’s GRIP version). The RAIL damper is less complex than the GRIP unit, with Marzocchi claiming the fact it has less moving parts as a pointer to easier maintenance.

The Z2 weighs in at around 2000g, making it approximately 220g heavier than the Fox Performance Elite fitted to the Instinct previously. A more fair comparison – especially in terms of features and adjustability – is against Fox’s third-tier offering – the Performance. Here, the Z2 is only around 80-90g heavier. For a still significant saving in price, you’re not paying much in the way of a weight penalty. But, how different is it on the trail?

I have been riding the Instinct with the Z2 up front for just under a month at the time of writing and, to be frank, it has not been noticeable at all, really – and I mean this in a good way. I am no bike whisperer who notices when a few measly grams are added to their bike, but I did notice that extra 220-plus grams on the front end, if only slightly (and mostly when negotiating tight, technical turns at very slow speed). But, other than that, it was business as usual on the trail. There seemed to be no more (or less) flex in the fork in hard impact scenarios (i.e. slamming into an obstacle too quickly) than when I was riding the Fox Performance Elite.

One thing I did notice is the Z2 seems to sit a bit higher than the Fox, with the ride initially slightly firmer than I am used to but a quick lowering of pressure soon provided the compression feel I was after. Having that ‘Sweep Adjust’ RAIL dial has made any on-trail changes easy, too, with a nice smooth action. (It’s worth noting that both the RAIL dial and the air pressure cap are plastic, rather than metal as on Fox forks.) Trail chatter is well damped by the Z2, with small and intermediate bumps/obstacles rolled over with nary a twitch coming through the handlebars. This ability to keep the tyre planted and on-line, means your steering input remains accurate. 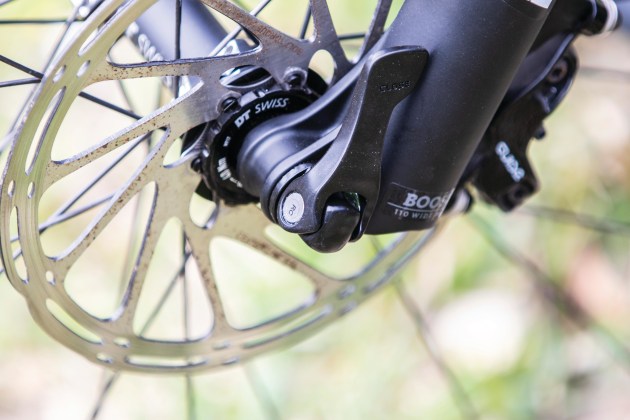 Overall, the Marzocchi Z2 represents great value for money. With the benefits of the latest in Fox suspension technology, as well as its ‘simplified’ approach to design (and that nifty RAIL damper), you’re getting a fork that does come with a slight weight penalty, but that offers near-equivalent performance to forks that cost a hell of a lot more. So, unless you’re a total weight-weenie, serious racer, or a suspension guru who loves the additional adjustment features on higher-priced forks, you’d be mad not to consider the Marzocchi Z2. Just do yourself a favour and order the red ones. For this semi-ancient rider, a red-legged Marzocchi fork is the perfect way to relive those early MTB glory days. ’Nuff said.