Power to the people

I read with great interest Huw Kingston’s recent feature on the question of e-MTBs and their mostly cons, with a few pros thrown in, and how it may affect this country’s (and the world’s) ever-growing obesity crisis (among other things). I found myself nodding my head occasionally and laughing more than once. When I had some spare time (emphasis on time here), I pondered the whole e-MTB thing in general and how I arrived at the point of being a not-quite fervent fan with increasingly more appreciation of the power assisted bicycle – and how I could convince Huw to, literally, jump on board.

Most notably, the bigger question here was how I could even be a fan, considering I represent the obese/unfit rider Huw was talking about and, really, should foreswear himself from even glancing at anything that offers the enticement of a reduced physical effort.

An ‘E’ for encouragement

When e-MTBs started populating trail networks it was met with derision – even from this writer – but actually now having spent some time on a few (I have tested some for this publication, plus have ridden others separately) I can start to see both the appeal and the whole ‘why not’ argument growing stronger. For one – and harking back to the obesity crisis mentions – these bikes do seem to encourage those of a, ahem, larger and less fit type, to get out and pedal. And yes, as most of you would already know, you do still have to pedal. 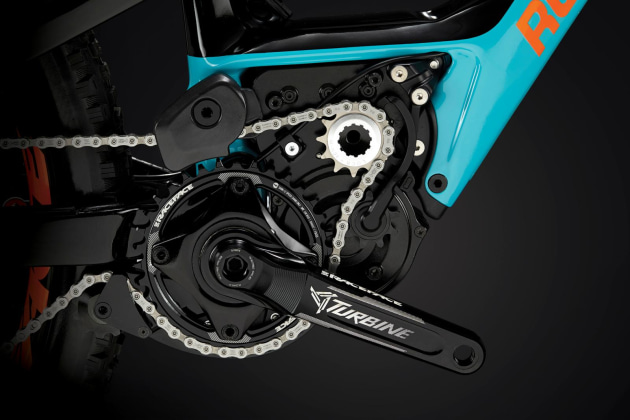 For this beefy writer/rider, it has been a brilliant way to ease back into fitness, too. Yes, those long, usually arduous climbs, are slightly ‘easier’ but you still have to turn those cranks, as well as muscle the bike up/over obstacles on the way. And on the flats that ‘assist’ does disappear, meaning you’re pushing a much heavier bike along with just your efforts before the reward of the downhill sections arrive.

On a more personal note, the fact a seriously unfit/unmotivated rider can still ‘suffer’ a bit, but mostly just simply enjoy each power-assisted ride, is going to get me, err you/us, out there more often, with fitness building incidentally as a result. On a slightly cheekier note, Huw may just finally get me down to his trail-surrounded abode for that years-overdue catch-up and trail ride!

Andreas Hester, a former Canadian Olympic XC MTBer, Rocky Mountain Bikes ambassador, and the brains-trust behind the BC Bike Race (one of the world’s great MTB stage race events), concurs with my only slightly wonky reasoning in terms of e-MTBs opening up a sport to those who may have been hesitant/not confident to tackle due to fitness.

“I have riders that aren't as fit as I am, so now we can ride together, either on e-MTBs or mixed (E and regular)”, Hestler says. “…The e-MTB allows me to ride more and allows others to simply ride normally or disparate individuals to ride together.”

Hestler also notes the different physical challenge of an e-MTB.

“E-bikes tax the body differently especially on the ups – it feels more like a motor pacing session or a spin on the road bike – so you don't carry so much fatigue over a big week of riding. Used properly, an e-MTB enables more riding, more skill development and more time simply getting out onto the trails.”

And speaking of time… 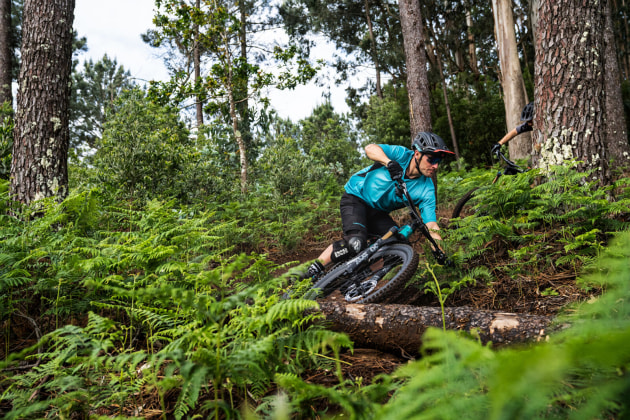 Work, school drop-offs/pickups, kids’ music lessons, kids’ sport... Riders with family can find their lives chock-full of ‘other stuff’. Again, it’d be easy to use this as an excuse – don’t worry, I have, many, many times: note that comment referencing Huw and dodging trail rides with mates – but the sad fact is that for those households with two full-time working parents with young children, finding that precious couple of hours to get out on the trails regularly is tough. So tough, in fact, that it is far easier to just sit back on the lounge, throw on the television and throw down a few beverages as you wind down.

This, however, does go against the well proved theory that ‘outdoor time’ (read: on a bike) is far better for mental health. And yes, that scenario became a regular one at this writer’s house for a few years.

E-MTBs ‘give back time’ in terms of the fact you know that your usual trail ride of two hours can be crushed in 45 minutes, allowing you to actually (finally!) squeeze in some type of riding. Roll-on effects are many, starting with that improvement in mental health around the fact you are actually getting outside, but also a slow upgrading of your physical health as well, which leads to – perhaps – said riders being then more motivated, fitter and strong enough to jump on board their ‘analogue’ MTB.

Powered MTBs have been with us for only a short while, but have already become close to a regular, if not totally accepted, part of the mountain biking scene, with increasing numbers appearing in bike sheds all around the world. For some of us, it took a while to get with the program, for any number of changing reasons, as Hestler explains.

“I wouldn't say I was hesitant in the beginning,” Hestler says. “It was more like I just didn't have the desire or bandwidth – or more accurately an understanding of how it could be integrated with my existing cycling life. 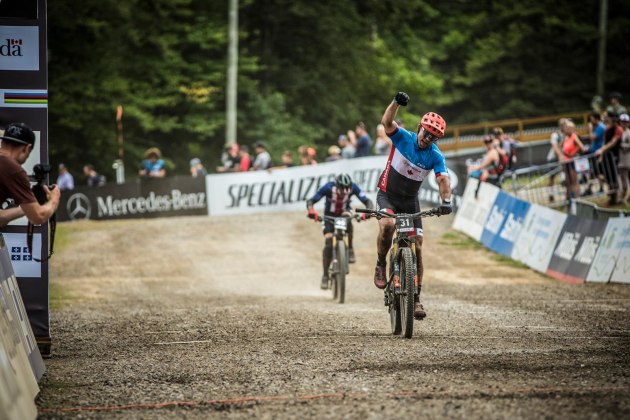 “As I slowly gained familiarity and the groups of riders on e-MTBs increased I'd say those timelines dovetailed together so that with the arrival of the E-event at last year’s World Championships my eyes were opened to more possibilities: going up singletrack that you simply couldn't do on a regular MTB, adding more trail to any ride and new, different trail at that. When you couple the new, with the range and that the value of the climb isn't owed in blood, sweat and tears, suddenly you open more doors, opportunities and refresh your passion for mountain biking.”

It is that refreshed passion that keeps Hestler (plus this writer, and no doubt many more) looking to the e-MTB in the shed.

“Much of the change in my life has come about because we have a group of people now all riding e-MTBs,” he says.

“Once we have filled our schedules with regular rides, now you can add in a few more and that means more fun, more smiles. I can't say really say what my time-split is, but I can say that the line is slowly moving towards a more equal blend.”

A convincing tale – or otherwise

So it’s a simple plan: head down south to Huw’s place but make sure I have not one, but two e-MTBs on the back of my old Land Rover. That, and a bit of strategic parking to ensure he can’t get his hardtail out of his shed, will leave him with no excuse not to take the electronic plunge. Although, maybe not… Knowing how fit he is – and how riled up he may be on the pros/cons of e-MTBs – I may well need that extra ‘assist’ just to keep ahead of him and out of harm’s way? Or, most likely, he’ll be just pleased to actually see me back on a bike, no matter the method of its propulsion.

Each month we take a look at the latest Top Gear in cycling, here is a close look at some recent releases from the fast-moving cycling world.

In the lead up to Mudgee, and to get the legs ready for the legendary Growee Gulph climb, we’ve partnered with Amp Human to host a thrilling pre-event challenge.

Tributes Flow For 21yo Leif Justham, Killed While Cycling Around Australia

Just days into his trip Leif was killed after being hit by a semi trailer, 70km west of Caiguna in Western Australia. The truck driver, a 37yo South Australian man, has been charged with dangerous driving occasioning death. WA Police say he will appear via video link at the Kalgoorlie Magistrate's Court on Thursday, April 15.