Pivot have announced the release of the newest Switchblade model for 2020. It’s a bike that’s had a fair amount of time on the trails, first released in 2016 and catering for riders wanting to switch between 27.5, 27.5+ and 29 wheels.

We’ve had a bit of time to put the Switchblade through its paces and it’s clear to see what the American brand is trying to accomplish. 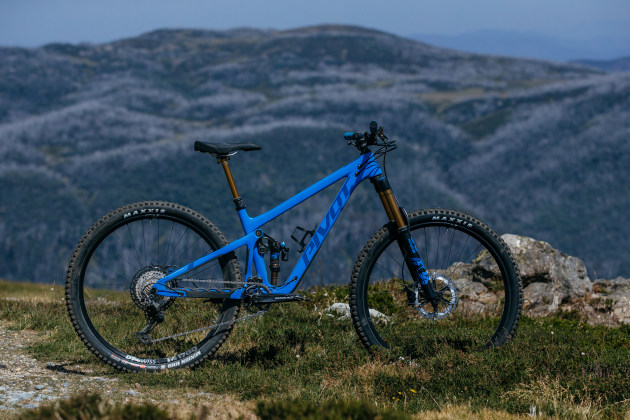 Now with a need to cater for longer dropper posts, pushing towards more modern geometry and also doing away with some of the previous model’s design cues, the Switchblade v2 continues on from where the previous bike left off.

Under development for two years and now sporting a large upper rocker link atop a vertically mounted rear shock with an updated 142mm of rear travel (up from 135mm) and sticking with 160mm of front travel, the new model is unmistakeably different to the old.

With a few changes to the geometry: lengthening the top tube, increasing the reach and slackening the head angle the new bike doesn’t change the recipe that much, but where it does it’s for the better. 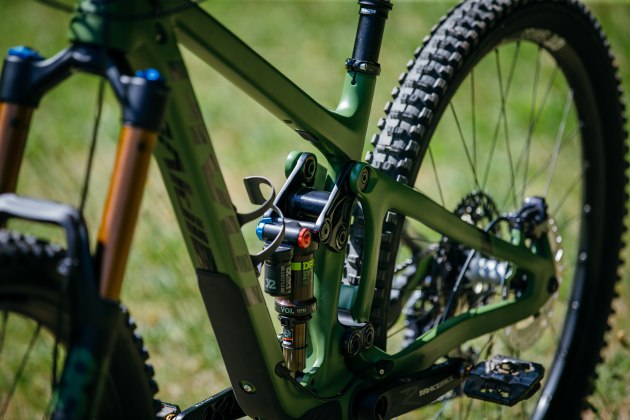 Reach numbers are up around 10-15mm over the old model – 460mm vs 470mm on a size large and available in sizes from XS right up to XL, for riders anywhere between 150cm and 200cm tall. Pivot have gone with an approach to the different size frames that sees the smaller bikes built with less material than the large bikes, keeping weight at a minimum level across the range but still with plenty of strength for the bike’s hard-hitting intentions. 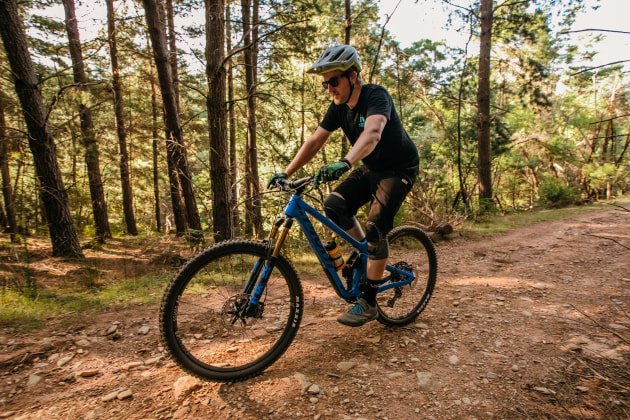 I had the chance to demo the new bike at a pre-launch event, riding the trails of the Victorian High Country: Bright and Falls Creek. The mix of steep, technical versus flow-trails of Bright and Falls were a good match for the handling proficiency of the bike along with plenty of chances to get airborne.

I was impressed with the bike’s balance and suppleness of the rear, Pivot have worked with Fox and optimised the DW Link rear suspension to drop the compression tuning of the rear DPX shock quite heavily for plushness at the start of the travel. The DW Link progressiveness has been bumped up so that even though the shock is supple it ramps up heavily towards the end of the stroke, also making it compatible with coil shocks. 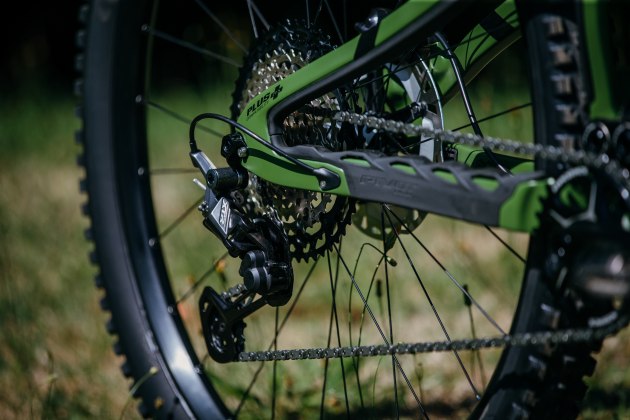 Starting from a price of $8999 for the Race XT right up to models featuring carbon wheels also available as an upgrade on Pro spec bikes, XTR 12 speed and Fox Live Valve. There’s a wide range of models in the line-up and two choices of colours. The Race XT spec now features a DT Swiss wheelset and XT/SLX components, making it an attractive choice for many riders wanting to get into the Pivot brand.

We’ll be getting a Switchblade for a longer-term review in the upcoming issue of the mag, look forward to our review in our May/June/July issue!

As an aside, make sure you get out to bushfire affected areas such as the Victorian High Country, they are still open for business and reeling from the effects of tourism numbers being well down from the fires.