MTB Shoes: To clip or not to clip?

The article is part of a partnership with Shimano.

Nothing stays the same in mountain biking. While personal preferences may remain steadfast there are always new options being developed and presented to riders. Shoes are no different and what seems a basic piece of equipment has actually changed a lot down the years, most noticeably with the introduction of clip-ins.

So what are we talking about?
Now, clip-ins tend to be less popular in MTB circles than the road community due to the fact that the more ‘wild’ the ride the greater the chance of unceremoniously parting ways with the bike. That’s not to say they’re unpopular however.
Obviously it’s not just shoes we’re talking about here, the pedal defines what footwear you’ll choose. The majority of readers will know exactly what we’re talking about but for anyone who doesn’t, a quick explainer.

Flats are just normal pedals. You can wear regular joggers although specific mountain bike shoes work much better. They are also known as platform pedals and are considered a good place to start for beginners.

Clip-in pedals are exactly what they sound like. They work with mountain bike-specific shoes and the pedals have a spring-loaded mechanism that the shoe’s cleats slide into. In short, they ensure that you are well attached to the bike during those bumpy runs or jumps. Moving your heel to one side will release your foot. 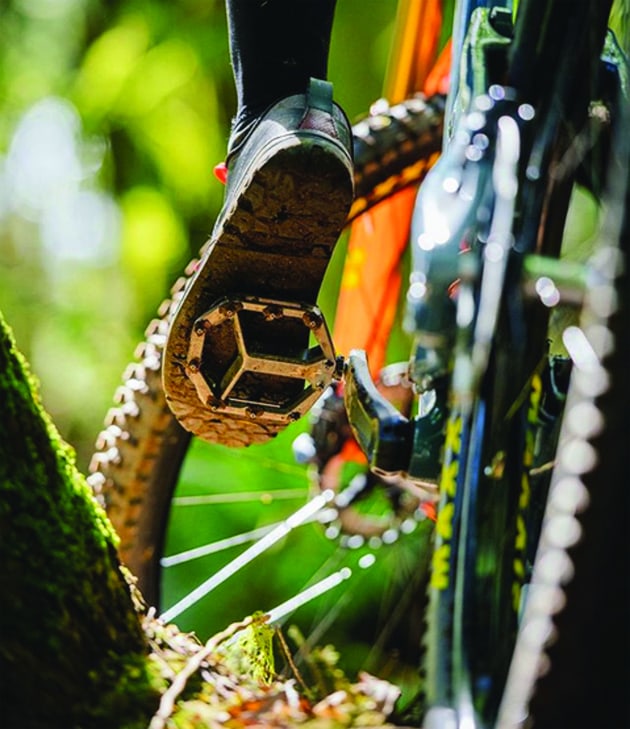 Interestingly clip-in pedals are also known as clipless pedals. That’s just because in the early days there really was a clip or strap to hold your foot in place so when the modern styles came along they were noticeably ‘clipless’.

As a lot of you may remember, hurtling around corners fully ‘strapped’ in wasn’t ideal so when clip-ins came along they were pretty revolutionary. Since 1990 it’s Shimano’s SPD pedal system that has dominated the market and aside from branching out with different models the basic design has stayed the same.

What do the experts think?
We sat down with two very different people, Shimano Marketing Officer Kim Nayon and former World Cup rider Bryn Atkinson to discuss their thoughts on clip-ins and their place in today’s MTB scene.

MBA: So when did Shimano actually decide they wanted to include shoes in their product stable and how important is it to the company today?

KN: We launched the world-first MTB binding shoe, the SH-M100, in 1990 so we have been making mountain bike shoes for 29 years.
[Today] around 40% of our total model line-up consists of mountain bike footwear, targeting gravity, trail, all mountain enduro and cross country riding styles. 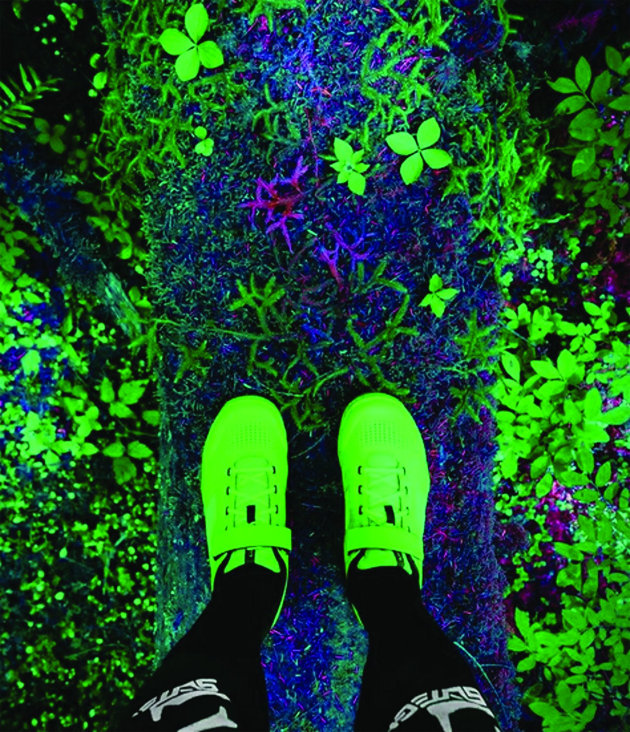 MBA: Wow almost 30 years! Bryn, when did you get into the game? Before or after the SPD came onto the scene?

BA: Well I grew up in Townsville, North Queensland, started mountain biking there as a teenager in the mid 90’s, joining in on club rides with the local mountain bike club, the Townsville Rockwheelers.
After a year or two of that, I decided I wanted to be a pro mountain bike racer and pursued it pretty heavily, starting out with local cross country races, then onto downhill. I raced a few years of the Queensland Downhill Series and the occasional National. Moving up to Cairns in 2000 to sharpen the tools per se, and from there had an opportunity to travel to the U.S. in 2002 for a season of NORBA racing on an American DH team.

MBA: Our audience will have fond memories of biking in the 90s. Did you use clip-ins back then?

BA: I started clipping in around '95. I got a pair of second hand Shimano (SH-M210) SPD shoes and pedals a year or so after I discovered mountain biking. I was racing cross country, doing club rides and it seemed like clipping in was the natural progression. It definitely changed the way I rode a mountain bike and I’ve been clipped in ever since.

MBA: Do you use clip-ins all the time? One look at your Instagram page tells me you do some pretty extreme riding!

BA: I’m clipped in if riding a mountain bike on a trail but I always ride flat pedals on my dirt jump/pump track bike. I do think it’s important to spend time on flat pedals to develop an understanding on cornering dynamics and what happens to a bicycle through bumps when you’re not attached to it. After you’ve got the basics down, it’s a good drill to at least try clipping in to get the most out of a mountain bike and see if it’s for you. The reality is it’s just more efficient to move a bicycle forward when your feet are attached to the pedals.

KN: We have been trying to evolve the products to satisfy riders’ desire which vary with the evolution of bikes, bike equipment and riding styles. 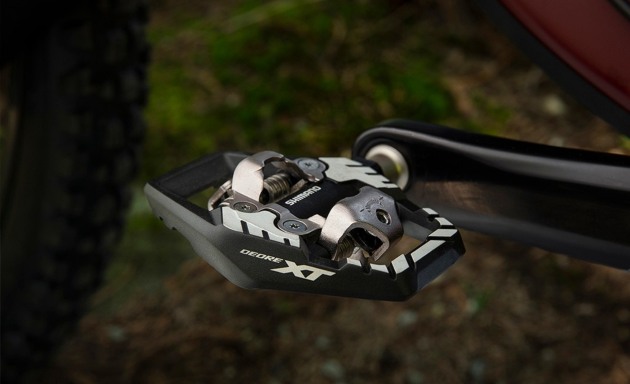 MBA: How have they evolved? How do they compare to your road bike shoes?

KN: Higher pedaling efficiency is one of the biggest things that have forced us to change. The road-specific adaptation of the SPD concept, SPD-SL, provides a seamless shoe and pedal interface for more efficient power transfer under extreme pedaling loads.

In the case of mountain biking, there is much greater variety in riding styles compared with cycling.

Required function for the shoe varies depending on riding style. For example, pedaling efficiency is important for cross country riding but for gravity, bike control is more important.

MBA: What is the process of making the shoes? Where are they made?

KN: So it’s a three-part process really. We develop the shoes after researching market trends, riding styles and rider requirements with product managers in different markets, including Australia, USA and Europe. During this process we develop and test with professional riders as well as our ambassadors. Our shoes are actually made in China and also in Cambodia, at Shimano-owned shoe factories. 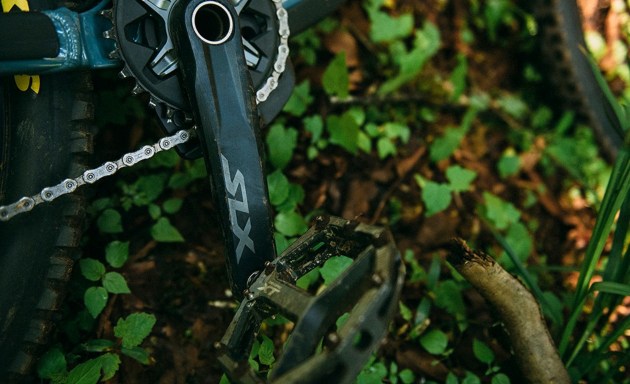 MBA: Finally Bryn, we’ve chatted a lot today about clip-ins but they do just look like a piece of fancy gear at first glance. How important is it to have the right kind of shoes?

BA: I think it's really important. Frame, components, shoes etc. all play a part in the overall experience, you just have to work out what type of riding you really like doing and go from there. If you’re into trail riding/enduro style mountain biking, I’d recommend an 'all mountain' shoe like the Am7/Am9 series as the sole isn’t as stiff, and they look a little more casual. If pedaling and climbing efficiency is more a priority, but you still like to descend the ME series is what you want, and for XC/no dropper check out the Shimano XC line.

So it’s not a case of one size fits all and there are advantages for both clip-ins and flats but at the end of the day it’s vital you have the right kind of footwear and pedal system to suit whatever riding you like best.